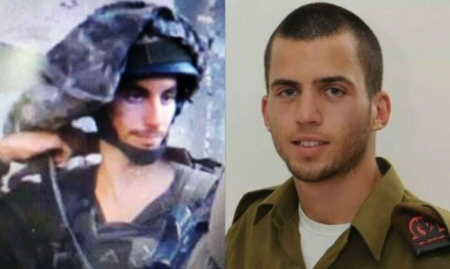 The family of an Israeli soldier captured by Hamas’ al-Qassam Brigades, during the 2014 Israeli military assault on the Gaza Strip, Oron Shaul, confirmed that their son was taken alive by Hamas, not “shreds”.

According to Al Ray Palestinian Media Agency, Shaul’s brother stressed that the Israeli army does not know any details about what happened to his brother, and that all the testimonies collected from soldiers who were present during the battle of Al-Shuja’eyya revealed that Sergeant Shaul was indeed captured alive.

Shaul’s family recently launched an electronic campaign calling for the restoration of the captive son by al-Qassam Brigades.

The Israeli government insists that Shaul was killed, after his capture, by Palestinian resistance fighters, which has been neither confirmed nor denied by al-Qassam.

Also of interest: 02/25/16 Why It’s Dangerous to Conflate Hamas and ISIS