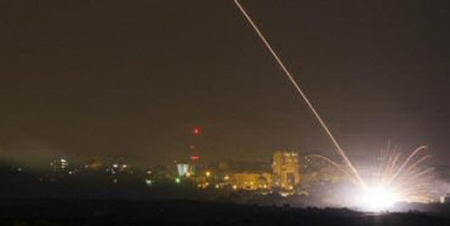 A missile fired from Israel, Sunday, reportedly landed adjacent to the eastern borders of the besieged Gaza Strip.

WAFA correspondence reported that huge blast was heard after Israeli occupation forces fired the missile. However, no injuries were reported.

For nine consecutive years, Israel has tightened the land and naval closure to isolate the Gaza Strip from the West Bank, including occupied Jerusalem, and other countries around the world,” said the Palestinian Center for Human Rights (PCHR).

“This resulted in grave violations of the economic, social and cultural rights and a deterioration of living conditions for 1.8 million people,” it added.