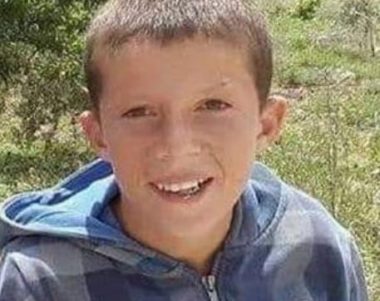 A Palestinian child who went missing on Tuesday was eventually found in ‘Ofer’ prison, after Israeli soldiers kidnapped him from his village, Dir Nitham, north of the central West Bank city of Ramallah, and his family was never informed.

The child, Ramez Tamimi, 14, was kidnapped by Israeli soldiers during an invasion into his village, and the army never informed the family, the Red Cross, the District Coordination office or any other department that they have taken him prisoner.

The family started searching for their missing child on the same day of his abduction, and contacted the Palestinian police, the Palestinian District Coordination Office, and various departments, and a day later, the Israeli army said they have him in prison.

The child was kidnapped by the soldiers after three days of constant military invasions, and violent searches of Palestinian homes, including his family’s home, in the village.

The army is now claiming that the child is one of many Palestinians who are protesting in the village, and “involved in throwing stones at army jeeps and settlers’ cars,” on the main bypass road near the village.

Despite his young age, the child is a former political prisoner, who was abducted by and detained by soldiers two years ago from the village’s mosque, after the army invaded it.

It is worth mentioning that the Israeli army have abducted dozens of Palestinians from the village in the year 2018, among them more than twenty children, many of them were taken prisoner after the soldiers frequently stormed their school, fired live rounds, rubber-coated steel bullets, gas bombs and concussion grenades, causing dozens to suffer the effects of teargas inhalation, in addition to attacking many students and teachers.

The Israeli army also frequently closes the main entrance of the village with iron gates, which were again closed three days ago, and were never reopened, forcing the villagers to use one road that passes near Halamish illegal colony, built on private Palestinian lands.