More Abductions in al-‘Isawiya – Israeli Troops Abduct 7 on Monday, Including a Child 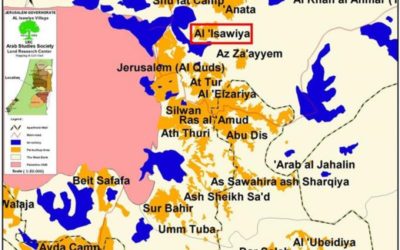 According to the Palestinian news agency Wafa, Israeli occupying forces abducted seven citizens from their homes in the early morning hours on Monday, waking them from their beds and taking them into custody.

Most of those abducted came from a single family. They were transferred to Israeli detention and detention centers in Jerusalem for interrogation .

In the same invasion, the Israeli occupation forces stormed the house of Yusuf Mustafa Obeid and arrested his son Fadi after his assault and assault him in front of his family .

These abductions are just the latest in a series of escalations by the Israeli military targeting the town of al-‘Isawiya over the past two months, during which dozens of young men and children were abducted, and the army engaged in the daily harassment of Palestinian residents.

al-‘Isawiya is one of the areas that Israeli authorities have planned to take over, as part of the E1 Jerusalem plan laid out in 2003. This is a plan to encircle East Jerusalem with Jewish-only settlements, and depopulate Palestinian areas in order to replace those residents with Israeli Jewish passport-holders, thus annexing this area into what is now Israel by using military force.