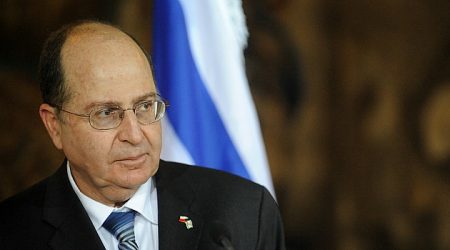 Israeli former Chief of Israeli occupation forces, Moshe Ya’alon, called out the Israeli government and bore it the responsibility over the arson attack and subsequent murder of the Dawabsha family, near Douma town in the West Bank.

Ya’alon said, in a statement to Israeli  radio, that Dawabsha family’s death was “on our hands”.

Ya’alon also said, according to Al Ray Palestinian News Agency, “When we evacuated Beit El homes years ago, the settlers threw stones at our soldiers, the Ministry of Education attacked us and demanded to attack the Supreme Court officials; therefore, it is not surprising that we have  {those} who burn mosques and churches, cut down olive trees, and burn the whole family alive in Douma, don’t be shocked.”

The extremist Israeli settlers burnt Dawabsha family’s home in July 2015, resulted in killing the parents and their infant.