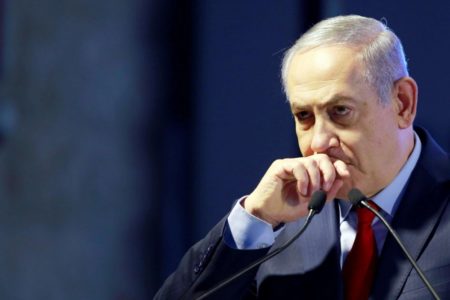 The Israeli paper explained, according to Al Ray, that Netanyahu made his decision following that of the International Prosecutor to conduct an investigation into war crimes, carried out by the Israeli occupation army in the Palestinian territories.

The paper revealed that Netanyahu has decided to cancel the staff meeting of the Joint Ministerial Committee, which was scheduled last week, to discuss the scheme to annex the Jordan Valley to Israeli sovereignty.

It noted that the decision to freeze talks on the plans came for fear of any possible measures against Israel in the International Criminal Court, in The Hague.

The staff of the Joint Ministerial Committee aims to accelerate the implementation of the scheme to annex the Jordan Valley by developing a draft law on this matter.