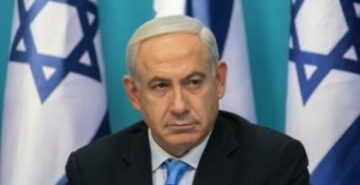 Barak Ravid, of Israeli daily Haaretz, wrote on Monday that Israeli Prime Minister Benjamin Netanyahu told Likud ministers he will never accept the original Arab Peace Initiative as a basis for negotiations between Israel and the Palestinians, according to two sources at the meeting.

“If the Arab nations grasp the fact that they need to revise the Arab League proposal according to the changes Israel demands, then we can talk,” Netanyahu said. “But if they bring the proposal from 2002 and define it as ‘take it or leave it’ – we’ll choose to leave it.”

The positive part of the plan, Netanyahu told the ministers, was the willingness of the Arab nations to achieve peace and normalization with Israel. On the other hand, PNN further reports, its negative elements include the demand that Israel retreat to the 1967 borders in the West Bank, with territorial adjustments, and leave the Golan Heights, as well as the return of the Palestinian refugees.

In 2002, the Arab League adopted a Saudi peace proposal. The initiative stated that if Israel reached agreement with the Palestinians about the establishment of a Palestinian state based on the 1967 lines, with East Jerusalem as its capital and with territorial exchanges, and, in addition to a just, agreed-upon solution for the refugees, then all the Arab nations would sign peace accords with Israel and establish full diplomatic relations.

Two weeks ago, after swearing-in Avigdor Lieberman as defense minister, the prime minister made a statement to the press relating to the Arab initiative in positive terms, but demanded changes.

Netanyahu has mentioned the Arab League proposal time and again, over the years, but has repeatedly said he hopes it is open to changes.