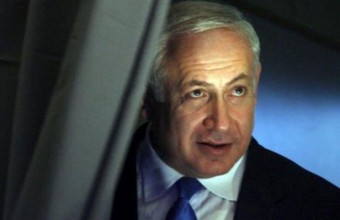 Families of Israeli soldiers killed during the 2014 military assault on the Gaza Strip said that Israeli Prime Minister Benjamin Netanyahu is still refusing to form a committee for the purpose of studying the outcome of the aggression.

In a meeting with the families, Netanyahu devalued the importance of such a committee, and of its ability to find results.

A father of one of Israeli soldiers said, according to Al Ray Palestinian Media Agency, that Netanyahu acts like a leader of a gang.

He said that the PM should release the Israeli comptroller’s report on war, stressing that the families of Israeli soldiers want to see the findings of the report, in order to address the failures to which it refers.

For weeks, Netanyahu has waved off leaks attributed to the comptroller’s report, stressing that no failures were committed in preparing for the wa,r or in solving problems with Gaza’s infamous network of tunnel routes.

A draft of the report, filed by Israeli comptroller Joseph Shapira, leaked last may, and noted political and military failures committed during the 2014 aggression, known as “Operation Protective Edge”.

According to the leaked report, the comptroller first slammed Netanyahu, Defense Minister Moshe Ya’alon and former military Chief of Staff Lt.-Gen. (res.) Benny Gantz for failing to warn the security cabinet about intelligence they had obtained from the Shin Bet (Israeli equivalent of the F.B.I.) about the possibility of war with Hamas, prior to the start of the assault.

The report said that the trio passed on the Shin Bet’s warnings only once Israel was already in the midst of the conflict.

Next, the report attacks the trio for failing to hold serious security cabinet meetings about the Hamas tunnel threat, holding only one meeting on the issue in March of 2014, four months before the start of the war.

In July of the same year, the Israeli military officially began an assault on the region which lasted for 51 days. The aggression claimed the life of over 2,000 Palestinians — most of whom were civilians, including children, disabled and elderly.

On the Israeli side, 67 Israeli soldiers were killed, including seven settlers.