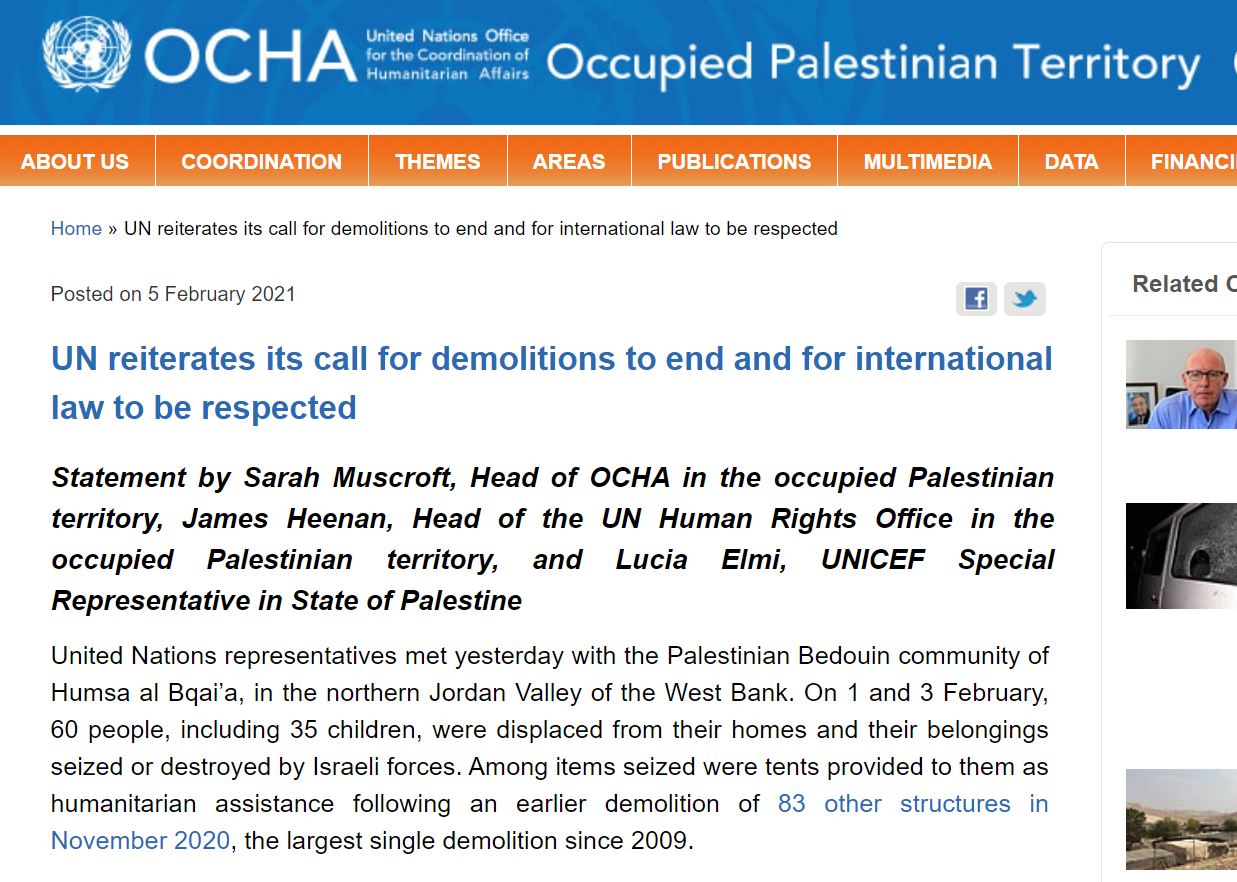 Report By: The United Nations Office for the Coordination of Humanitarian Affairs in the occupied Palestinian territory OCHA-OPT: 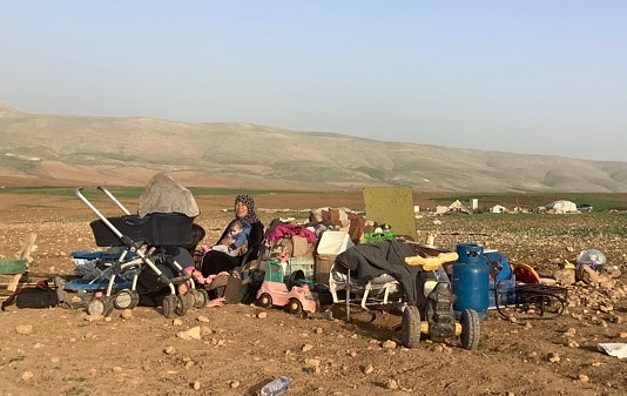 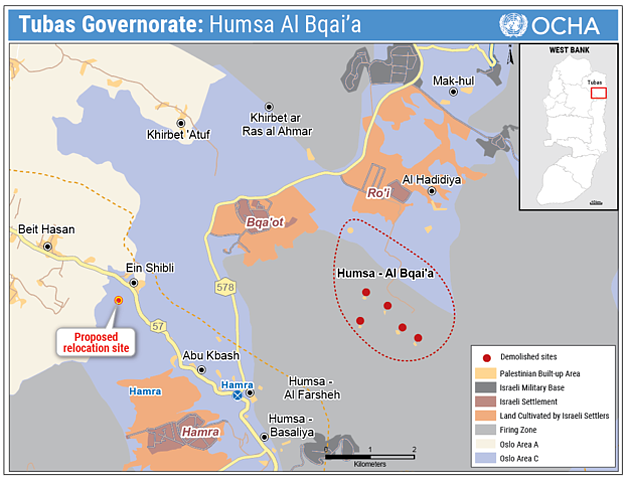 Humsa – Al Bqai’a is a Palestinian Bedouin community, located in Area C in the northern Jordan Valley (see map). Originally displaced as a result of the first Arab-Israeli War of 1948, the community members have gradually settled more permanently in their current location in the Al Bqai’a Valley, due to Israeli settlement expansion and restrictions imposed on their access to grazing land. The majority of the community is located in an area designated as a ‘firing zone’ for Israeli military training, where Palestinian residency or access is prohibited. The community predominantly relies on livestock raising for their livelihoods.

Designated firing zones, which cover nearly 30 per cent of Area C, are home to 38 Bedouin and herding communities with over 6,200 Palestinians. These comprise some of the most vulnerable communities in the West Bank, with limited access to education and health services, and to water, sanitation and electricity infrastructure. On numerous occasions since 2012, the community was temporarily displaced while the Israeli authorities carried out military trainings in the vicinity; OCHA has recorded over 50 such incidents during this period.

Between 2007 and 2017, all of the structures in Humsa received demolition orders, on the grounds of a lack of Israeli-issued building permits. Such permits are almost impossible for Palestinians to obtain, due to the restrictive and discriminatory planning regime applied in Area C, which allows residents minimal opportunity for authorized construction. According to the lawyer assigned to the case by the PA, all legal and planning options have been exhausted for the part of the community located in the firing zone. 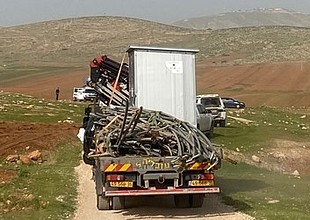 Humsa – Al Bqai’a has been subject to four mass demolitions/confiscations, which have included water, hygiene or sanitation assets, and structures used for agriculture, among others, undermining their access to livelihoods and services. The first occurred in 2014, when 14 structures, including six donor-funded, were demolished. On 3 November 2020, in the largest forced displacement incident recorded in recent years, 73 people, including 41 children were displaced. The structures demolished were residential, WASH and livestock related, of which 29 structures had been provided as humanitarian assistance.

Two incidents in recent days have resulted in displacement of the entire community located within the firing zone. On 1 February, the Israeli Civil Administration confiscated 25 structures, including 21 donor-funded structures, displacing 55 people, including 32 children. The community was informed by the Civil Administration that they had been offered a relocation site near the village of Ein Shibli (“Proposed relocation site” in the map), 15 kilometers away by road, where their confiscated structures would be returned. The Civil Administration also indicated that they would remove the remaining structures in the part of Humsa – Al Bqai’a located in the firing zone, if the community did not comply with the request to relocate within 24 hours.

On 3 February, the Civil Administration, accompanied by the military, confiscated or demolished another 21 structures in Humsa – Al Bqai’a, in addition to unassembled donor-funded structures and water tanks. Some 60 people, including 35 children were displaced, the majority for the second time in 48 hours.

Demolitions, displacement and the risk of forcible transfer

Despite indications that they would restrain their longstanding policy of demolishing inhabited Palestinian homes during the pandemic, during 2020, the Israeli authorities demolished, seized or forced people to demolish 848 Palestinians structures in the West Bank, including East Jerusalem, a 36 per cent increase compared with 2019. Since the start of 2021, the Israeli authorities have demolished, seized or forced people to demolish at least 152 Palestinian owned structures, displacing over 180 people, including some 100 children. 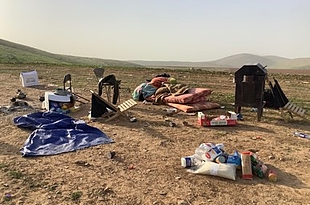 International humanitarian law (IHL) requires an occupying power to protect the population of the territory that it occupies, ensure its welfare and wellbeing, as well as the respect for its human rights. Any destruction of property by the occupying power is prohibited, except when rendered absolutely necessary by military operations, which is not relevant in the West Bank where there are currently no active hostilities. The extensive demolition of property is a grave breach of the Fourth Geneva Convention and may amount to a war crime. Other than for the security of the population or imperative military reasons, IHL further prohibits the transfer of the population of an occupied territory without the genuinely and fully informed consent of the affected people, regardless of the motive. Consent is not considered genuine in an environment marked by the use, or threat, of physical force, coercion, fear of violence or duress. In the absence of such consent, the transfer is forcible and constitutes a breach of the Fourth Geneva Convention.

In response to the first demolition/confiscation the humanitarian community has rapidly undertaken:

Two days later, on 3 February, most of this assistance distributed was confiscated and/or damaged during the second round of confiscation. Another needs assessment was then conducted to fully establish the scale of humanitarian needs, while basic emergency shelters, food baskets and NFIs were provided again, in addition to some cash assistance.

On 4 February, an advocacy visit involving the diplomatic community was organized. Participants managed to reach the site of the demolitions and to meet community members.