On Eve Of Al-Adha, 4500 Palestinians, Including 39 Women And 160 Children, Imprisoned By Israel” 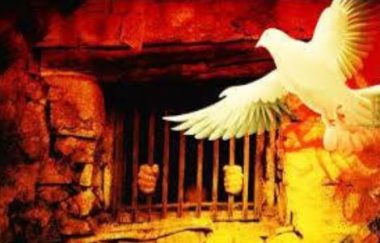 On the eve of al-Adha Muslim feast, Palestinian researcher specialized in detainee’s affairs, former political prisoner, Abdul-Nasser Ferwana, has reported that Israel is holding captive around 4500 Palestinians, including 39 women, 160 children, 6 legislators and 360 who are held under the arbitrary Administrative Detention orders without charges or trial.

Ferwana stated that, among the imprisoned Palestinians, are dozens with special needs, or have cancer along with other serious health issues, and many who are elderly, including Fuad Shobaki, who is more than 80 years of age.

He added that %86 of the Palestinian detainees are from various parts of the occupied West Bank, including the occupied capital Jerusalem, and that the detainees are held in 22 prisoners, detention and interrogation facilities, including the Negev desert detention camp, Ramon, Nafha, Hadarim, Be’er as-Sabe’, Gilboa’, Asqalan, Damoun, Shatta, Ofar, Ramla and al-Maskobiyya.

“As we celebrate the al-Adha feast this year, the Palestinian detainees continue to face continuously deteriorating health and living condition, in addition to being subject to constant assaults and violations by the soldiers,” Ferwana stated, “The coronavirus pandemic is also adding more suffering and serious risks to the detainees, especially since Israel is denying their basic rights, and refuses to provide safety measures.”

The Palestinian official also said that the detainees, while they cannot be with their families, they celebrate al-Adha with full determination and longing for liberty and freedom.

Furthermore, dozens of detainees who were released under the Shalit Prisoner Swap agreement in the year 2011, were rearrested by the soldiers in 2014, and upon their initial release, they all have already served more than 20 years, among them Na’el Barghouthi, who served 40 years in prison, including the years he spent prior to his release, and the years he is spending until this day, after his re-arrest by the soldiers.

In addition, Ferwana stated that the number of Palestinians who died in Israeli prisons since Israel occupied the rest of Palestine (the West Bank, including Jerusalem, and the Gaza Strip) in the year 1967, have arrived to 224 detainees, many of them passed away after being denied medical attention, and others were shot while in prison or died while being tortured during interrogation.

Hundreds of Palestinians died not long after their release due to serious illnesses that went untreated while in Israeli prisons.

Ferwana also stated that Israel is still holding the corpses of six Palestinian detainees, identified as Anas Doula, who died in Asqalan Prison in the year 1980, Aziz Oweisat who died in 2018, in addition to Fares Baroud, Nassar Taqatqa and Bassam Sayeh, who died in the year 2019, and Sa’adi al-Gharabily, who died earlier this year.

In addition, Ferwana called on various human rights and legal groups, locally, regionally and internationally, including the International Committee of the Red Cross to intervene and secure the basic rights of the Palestinian detainees, in addition to ensuring the release of the elderly, the sick and all imprisoned children and women.

He also called on the World Health Organization to send a specialized neutral team to observe the conditions of the detainees and provide the ailing prisoners with the needed medical treatment, in addition to ensuring they are tested for the coronavirus.

Ferwana added the Israel and its allies always try to deny the serious violations against the Palestinian detainees, and stressed on the importance of ongoing visits and inspections in Israeli prisons by international human rights groups, to observe the suffering and dire condition the detainees face.

He stated that the current conditions in Israel’s prisons are very alarming, especially due to increasing number of detainees and jailers who are infected with the coronavirus, while Israel’s Supreme Court also ruled that the detainees “have no right to social distancing protection against the Covi-19 virus”.