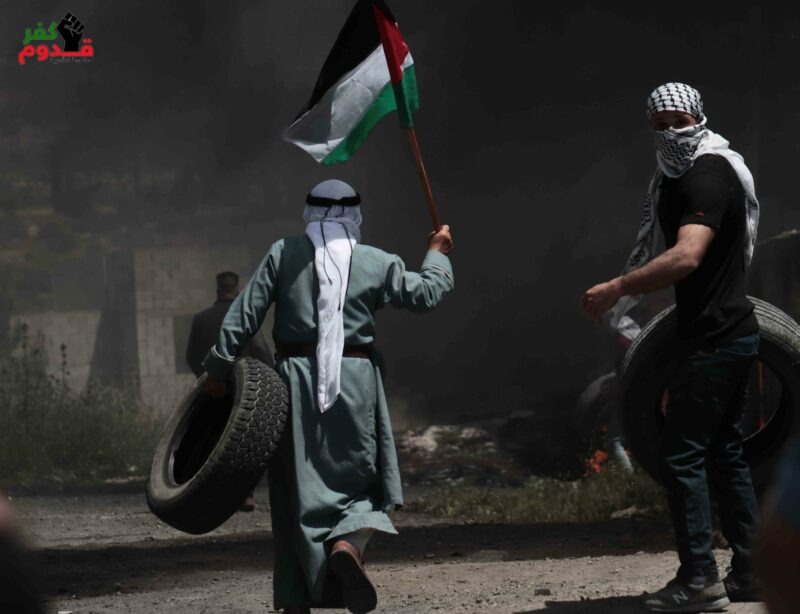 For many years the Palestinian residents of Kufur Qaddoum village, east of Qalqilia, in the northern occupied West Bank have been protesting the closure of the main road into the village by the Israeli authorities in 2003.

Media spokesman for the Wall and Settlement Resistance Commission, Morad Eshteiwi, stated that dozens of Israeli forces stormed the demonstration and opened fire with sponge-tipped rounds, injuring one young man in the arm.

Eshteiwi added that the army stormed the Palestinian town and occupied the roofs of civilian homes to open fire at demonstrators.

Hundreds of villagers attended the Friday prayer at the local mosque, the rally was joined by popular resistance activist Khairy Hanoun, who marched in solidarity with the locals to the closed road at the entrance of the town.

The residents of Kufur Qaddoum have been holding rallies for many years, to express their rejection to the Israeli occupation and its illegal settlements, and to demand the occupation authorities reopen the road that was closed to Palestinians, while allowing exclusive use of the road to the illegal colonists.