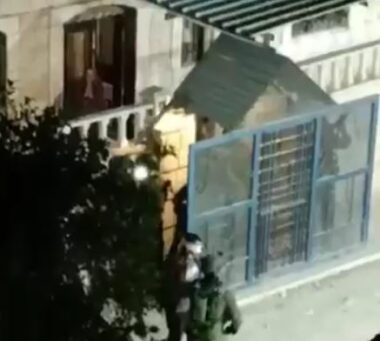 Media sources said the soldiers invaded the refugee camp and started driving around its narrow streets and alleys, leading to protests.

They added that the soldiers fired many live rounds, rubber-coated steel bullets, and gas bombs at the protesters, and surrounding homes.

Medical sources said two young men were shot with live fire; one in the thigh and the other in his leg, before they were rushed to a hospital.

They added that several residents suffered the effects of tear gas inhalation, and received the needed medical treatment.

Furthermore, soldiers abducted a young man, identified as Montaser Abu Azzoum, before taking him to an unknown destination.