PA Slams US for Dropping “Occupation Status” of Palestine 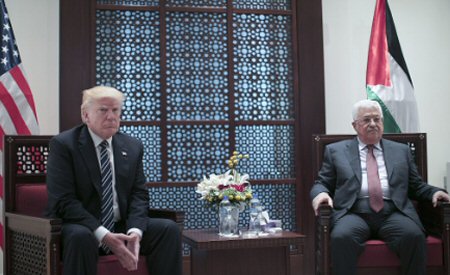 The Palestinian Authority (PA), this week, slammed the United States for dropping the status of occupation for the Palestinian territories and the Golan Heights of Syria.

Nabil Abu Rudeineh, PA presidential spokesman, said in an official statement that “the US decision is a continuation of the U.S. anti-Palestinian approach and contrary to the legitimacy of all international resolutions.”

“The U.S. labels will never change the reality that the Palestinian territories have been occupied by Israel since 1967,” Abu Rudeineh said, in a statement published by the official Palestinian news agency WAFA.

He added that “the Golan Heights are also territories under the Israeli occupation in accordance to the United Nations resolutions and the international law.”

The senior Palestinian official accused that U.S. dropping of the occupation status of the Palestinian territories “is part of the U.S. plot to pass the so-called “Deal of the Century, which aims at liquidating the Palestinian cause.”

Israeli media had reported, earlier, that a U.S. State Department report on human rights situation in the world didn’t refer the Golan Heights as an occupied area as it used to in the former reports.

The Israeli media also said, according to Al Ray, that the word “occupation” wasn’t mentioned in the report when it mentioned the West Bank and the Gaza Strip.

The PA has been boycotting the U.S. administration since December 2017, when U.S. President Donald Trump declared Jerusalem as the capital of Israel and decided to move the U.S. embassy from Tel Aviv to the city last May.