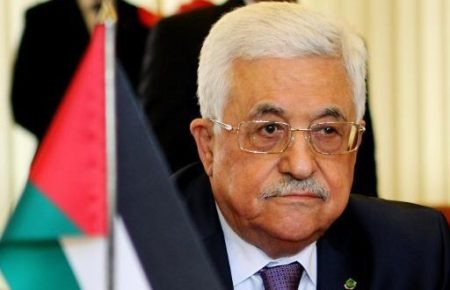 After months of having refused tax money collected by Israel, on behalf of the Palestinian state, the financially starved PA has decided to once again start accepting the funds. The PA’s unwillingness to receive the specific tax income is based on a dispute over stipends paid to the families of Palestinian militants killed or imprisoned by the Israeli state.

Since February/ March, the Palestinian Authority has categorically refused to accept any and all tax money collected by Israel on behalf of Palestine. In total, the funding withheld by Israel amounts to about $ 190 million per month, which it transfers from imports that are processed in the occupied West Bank and the Gaza Strip via Israeli ports.

However, the Palestinian Authority has been struggling with a deep financial crisis even before the tax trouble became an issue, so Hussein Al-Sheikh, a close friend to Mahmoud Abbas, organized a meeting with Israel’s Minister of Finances Moshe Kahlon last Thursday. The two parties decided to “agree to disagree” on the stipend matter and the PA will once again start accepting the funds. The result is that today, approximately 1.5 billion Shekels ($ 430 million) will be handed over to the Palestinian state. Further negotiations will continue over the next week.

PNN further reports that, in February, the Israeli government decided to unilaterally slash the tax funds in question by 5%, which equals the amount of money the PA pays out to the families of Palestinian fighters and militants killed or jailed by Israel. The stipends, amounting to about $ 12 million per month, are perceived by Israel as rewards for terrorism which encourage violence and they refer to the monthly payments as ‘Pay for Slay’.

“The agreement was also on transferring a payment from the #PA’s financial dues. The dispute remains over the salaries of the families of #prisoners and #martyrs. We are determined to pay their dues at all costs” Hussein Al-Sheikh on Twitter.

In a speech before the UN General Assembly, last month, Abbas vowed to continue the payments to the militants and their families. He stated: “We are confident that the international community will not accept Israel’s arbitrary decision to withhold our revenues, and to confiscate a part of it.” Abbas continued by praising the fighters in question, referring to them as “our honorable martyrs, courageous prisoners and wounded heroes.”

The funds are all the more welcome since, additionally, the United States has withdrawn more than $ 500 million in aid to Palestinian causes via various development programs. These measures were taken after Mahmoud Abbas announced loud protest at the US government’s decision to officially recognize Jerusalem as the undivided capital of Israel.