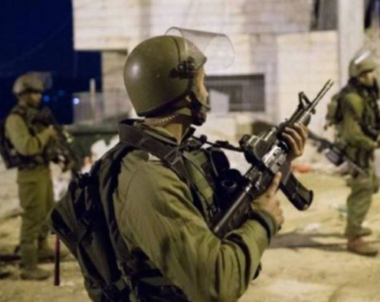 Mahmoud Karaja, a local activist with the Cultural Center said many soldiers invaded it, and violently searched it causing excessive damage.

He added that the soldiers confiscated various documents and belonging from the center, before withdrawing.

It is worth mentioning that this is the third invasion and violent search into the center in the last two year, and the soldiers also abducted its director, Rashad Karaja, and twelve of its members, who are all still imprisoned.

Founded in 1988, the center organizes various activities, including cultural and folklore festivities, in addition to having its own Dabka (folklore dance) bands for children and adults, and organizes courses in many subjects focused on developing and advancing individual skills.