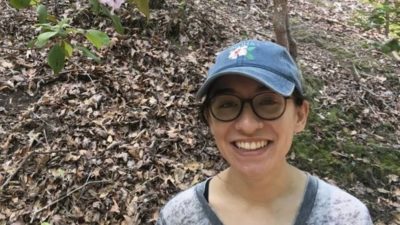 A Palestinian-American student who was prevented entry to study in Israel has claimed victory at the Israeli Supreme Court.

The court ruled today that 22-year old Lara al-Qasem will be allowed entry to study in a graduate program at Hebrew University.

al-Qasem, whose grandparents are Palestinian, is an American student who had been part of a group, as an undergraduate, that called for boycott, divestment and sanctions against Israel to pressure the Israeli government to adhere to international law. She was the President of the University of Florida branch of Students for Justice in Palestine from 2016-17.

She has been in detention at the airport in Tel Aviv for the past two weeks. According to her lawyer, al-Qasem was denied access to food, water, a bathroom and legal representation — because of her role as the

According to the court ruling, “Since the petitioner’s actions do not sufficiently warrant banning her entry to Israel, the unavoidable impression is that her political opinions were the reason behind the cancellation of the visa that was granted to her. If that is indeed the case, we are talking about a radical and dangerous step.”

Lior Haiat, the consul general of Israel in Miami, told the Miami Herald in a statement: “Every country has the sovereign right to decide who is admitted to enter its borders. Once we realized that Ms. Alqasem is involved in anti-Israel (and anti-Semitic) activities through the BDS movement, she was denied entry…We find it ironic that someone who calls on the indiscriminate boycott of Israel, as a tool to harm and destroy the State of Israel, wishes to study in the very country which they call to boycott.”

The statement failed to recognize that Palestinian-Americans and other Palestinians living in exile are routinely denied entry to their ancestral homeland, often in explicitly racist terms. Studying at Hebrew University is likely the only way that an American of Palestinian descent would be allowed to enter Jerusalem – since all other paths (tourism, immigration, work visas) are closed to Palestinians.

According to the Israeli Ministry of Strategic Affairs, al-Qasem was detained and held at the airport for two weeks, and ordered to be deported to London because, while she was a student at the University of Florida, she “promoted a boycott of Israeli companies and worked to harm Israel through a cultural boycott”.

Other people outspoken in the Boycott, Divestment and Sanctions movement, such as Jewish-American activist Ariel Gold, have been deported without a chance to have their cases heard in Israeli court.