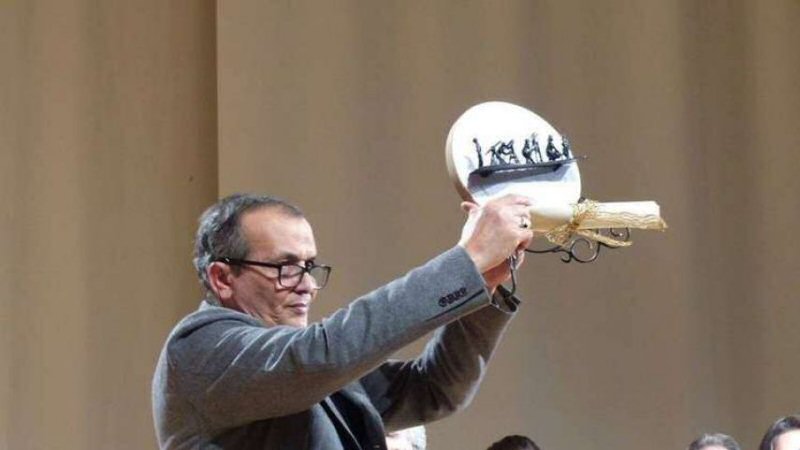 Palestinian scientist, professor and lecturer at Al-Aqsa University, Suleiman Baraka, received the Italian Renata Borlon Prize, for the year 2018, in its fourth edition, at the University of Sofia in Tuscany.

Palestinian astrophysicist Sulaiman Baraka is from the town of Bani Suhaila in Khan Younis, southern the Gaza Strip.

Baraka received a Phd. in astrophysics from the University of Pierre and Marie Curie in Paris, in 2010, and founded the Center for Astronomy and Space Sciences of Al-Aqsa University in Gaza.

According to Al Ray Palestinian Media Agency, he currently holds a research chair at UNESCO, in astronomy, astrophysics and space science, and works with NASA, the European Space Agency, the American Astronomical Union and the International Astronomical Union.

Italian Renata Borlon was established in 2005 by the Renata Borlone Cultural Association, in collaboration with the Sophia University Institute.