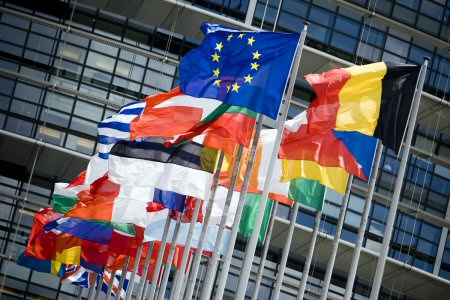 A European Union official, yesterday, denied that the bloc had decided to recognize an independent Palestinian state, saying that the conditions for such a decision have not been met.

The European Commission’s Information and Communication Officer in Jerusalem, Shadi Othman, told Quds Press that the decision to recognize the State of Palestine is a “sovereign decision” taken by each of the bloc’s member states separately, and in accordance with their own policies.

“But,” Othman said, “the issue of recognizing the Palestinian state was not discussed at any EU joint meeting.”

He reiterated, according to Days of Palestine, that the European Union’s position is “united” with regards to rejecting the US recognition of Jerusalem as the capital of Israel, adding that “the bloc’s countries will not transfer their embassies to Jerusalem”.

Yesterday, the Palestinian Ambassador to the European Union, Abdel Rahim Al-Farra, revealed that there are consultations among a number of EU countries to recognize a Palestinian state collectively or individually.

Al-Farra said in remarks to the Voice of Palestine radio that the trend towards recognizing a Palestinian state has increased within the European Union as Israel continues to violate international law and international legitimacy.

He added that the EU foreign ministers’ meeting with the Arab ministerial committee to follow up on the Jerusalem issue in Brussels on Monday stressed on the need to save the two-state solution.

Othman pointed out that Arab ministers and Arab League Secretary-General, Ahmed Aboul Gheit, all stressed the need for a new position to be taken by the European Union with regard to the peace process and the Palestinian issue.