Palestinian March In Masses In Support of Jerusalem 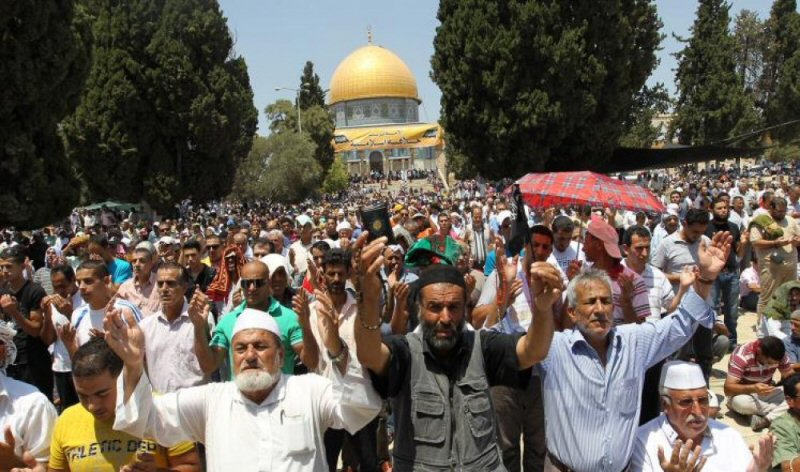 All Palestinian national and Islamic forces and factions have declared Wednesday, Thursday and Friday to be days of total popular struggle throughout Palestine and outside, calling on the masses of the Palestinian people to gather and sit-in in front of the Israeli embassies and consulates around the world.

Forces and factions called, in a press release, upon the people of Palestine, at home and abroad, for wide popular actions to spurn the attempts of the Trump administration to relocate the US embassy from Tel Aviv to the occupied Palestinian city of Jerusalem. or to recognize it as “Israel’s” capital.

According to Al Ray Palestinian Media Agency, they underlined the people and nation’s rights to use all legal and diplomatic means at the level of the international legal institutions, including the International Court of Justice and other judicial venues.

Meanwhile, Islamic resistance movement Hamas called upon the people of Palestine and the youth of Intifada to make next Friday a day of mass protests in the face of the Israeli occupation, in refusal of the move.