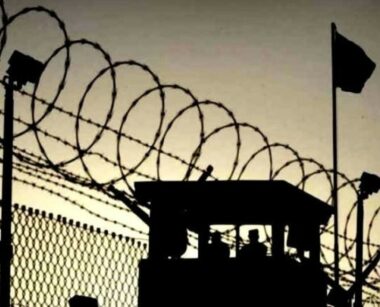 The Palestinian Prisoners’ Society (PPS) has confirmed that the Palestinian detainees in all Israeli prisons, detention centers, and interrogation facilities, will start gradual measures to protest the escalating violations against them.

The PPS said that the detainees are protesting the serious restrictions and punitive measures imposed on them, especially on Islamic Jihad members, despite lengthy talks with the Israeli Prison Authority to improve their conditions and remove the punitive measures.

It added that the detainees will first start refusing to stand in line to be counted, and will close the sections they are held in, in addition to refusing to wear the uniforms given to them by the “Shabas” (the Israeli state agency responsible for the prisons).

Some detainees also intend to refuse to return to their rooms after they are allowed into the prison yards.

The PPS said that the measures will likely continue to escalate, especially if the Israeli soldiers attack the detainees, and the Prison Administration continues to reject their basic, legitimate demands, including the removal of the dozens of detainees from solitary confinement.

It is worth mentioning that, after six detainees were able to escape the Gilboa’ heavily fortified high-security Israeli prison, on September 6th,  before they were recaptured, the Israeli Prison Authority started a series of escalating measures against all detainees, including assaults, violent searches and denying their the right to visit with their families and dozens are also not allowed to even visit with their lawyers.

The detainees said their protest measures will continue to escalate, and will likely lead to a massive hunger strike in all prisons, detention centers, and interrogation facilities, if the severe restrictions and escalating violations are not stopped, and if the Prison Authority continues to ignore their basic demands and continues to disregard their basic, internationally guaranteed rights.