Palestinian Dies From Serious Wounds He Suffered In June 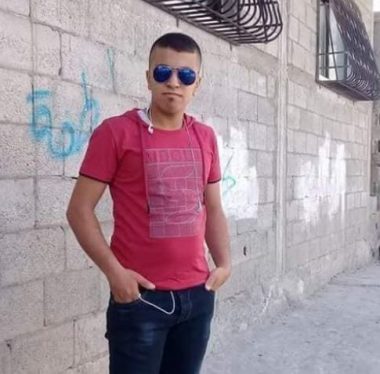 The Shifa Medical Center, west of Gaza city, has announced on Friday morning that a young man died from serious wounds he suffered when Israeli soldiers shot him on July 14th, 2018, during the Great Return March procession on Palestinian lands in northern Gaza.

It said that Amjad Fayez Hamdouna, 19, from Jabalia  refugee camp in northern Gaza, was shot with live Israeli army fire in Abu Safiyya area, east of Jabalia, in the northern part of the coastal region.

The Palestinian was rushed to the Indonesian Hospital, in Beit Lahia, and was later moved to the Shifa Medical Center due to the seriousness of his wounds.

He underwent surgeries, and remained on life support at the Intensive Care Unit until he succumbed to his wounds.

The Health Ministry in Gaza said Israeli soldiers have killed 174 Palestinians during the Great Return March processions, on Palestinian lands near the perimeter fence along the eastern part of the Gaza Strip, since March 30th, 2018.