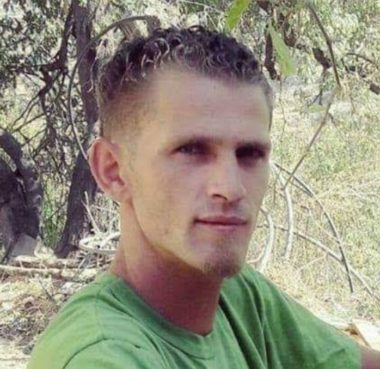 The Palestinian Health Ministry in Ramallah, in central West Bank, has reported that a young man died, Saturday, from serious wounds he suffered two weeks earlier, when Israeli soldiers fired live rounds at Palestinians, protesting the illegal annexation of their lands, near Ramallah.

The Palestinian, identified as Mohammad Ibrahim Shreiteh, 28, was from al-Mazra’a al-Gharbiyya village, northwest of Ramallah.

He suffered a serious injury on October 26, 2018, when the soldiers attacked nonviolent protesters marching in the an-Na’lan area, against the illegal annexation of their lands, especially since the soldiers and colonialist settlers are trying to confiscate large areas, including public park.

The Ministry said Shreiteh shot with a live round in the head, and also sustained in the chest and limbs.

On the same day of his injury, the soldiers killed Othman Ahmad Ladadweh, 33, after shooting him with a bullet in his thigh, which penetrated towards his abdomen. The soldiers also wounded seven others, assaulted journalists, and shot one.

Ladadweh was shot with a live round in the upper thigh, but the bullet went through his spleen and liver, causing a very serious injury before he was rushed to the Istishari Hospital, where he succumbed to his wounds.

Following Othman’s death, the Al-Haq Center for Applied International Law conducted a field investigation into the fatal shooting and said that the soldiers who opened fire at Mohammad and other Palestinian protesters in the area aimed at harming as many of them as possible. 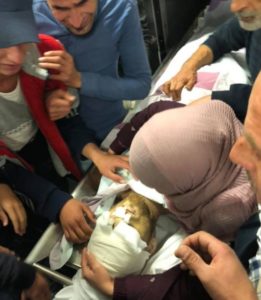 Al-Haq reached this conclusion following its field documentation and follow-up, in addition to the review of eyewitness accounts, affidavits, and further available evidence, which showed that an Israeli soldier opened fire continuously and in a half-circle-shape towards protesting Palestinian youth, from a close distance.