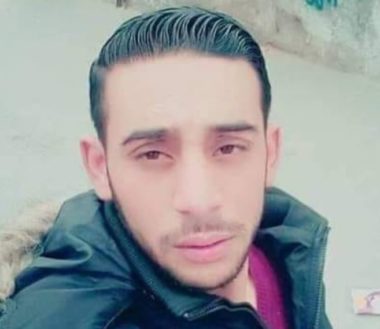 The Palestinian Health Ministry in the Gaza Strip has reported that a young Palestinian man died, on Monday morning, from serious wounds he suffered by Israeli army fire, on February 22, 2019.

The Health Ministry stated that the young man, Bassam Sami Othman Safi, 22, was shot with a high-velocity gas bomb which struck him directly in the head, causing a very serious injury.

It added that the young man, who was injured during the Great Return March, east of Khan Younis in the southern part of the Gaza Strip,  remained unconscious and in a critical condition, until he succumbed to his wounds, on Monday morning, despite all efforts to save his life.

On Friday, the soldiers killed one Palestinian, identified as Tamer Khaled Arafat, 23, and injured 48 others, including four medics and two journalists, in the Great Return March processions, in the eastern parts of the besieged Gaza Strip.

On March 7th, a child, identified as Saifeddin Emad Abu Zeid, 15, died from serious wounds he suffered late, a day earlier, when Israeli soldiers shot him with a live round, and injured several others, during protests on Palestinian lands, close to the perimeter fence, east of Gaza city.

On Sunday at dawn, March 10, the soldiers killed a young Palestinian man, identified as Salama Salah Ka’abna, 22, while driving through a military block on Road #90 in the Jordan Valley area, near Jericho in the occupied West Bank.