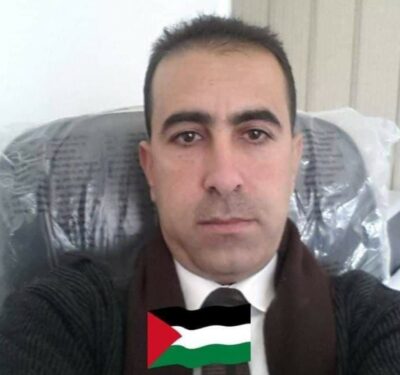 The Palestinian Health Ministry has confirmed, Thursday evening, the death of a Palestinian man who, on Wednesday, was shot and seriously injured by Israeli army fire Wednesday, near Nablus, in the northern part of the occupied West Bank.

The Health Ministry said Israeli soldiers shot Fawwaz Hamayel, 45, with an expanding bullet in the chest in Beita town, south of Nablus.

Hamayel was a married father of three children; the expanding bullet caused excessive damage to his lung, kidney, liver, and diaphragm.

On Wednesday morning, the soldiers killed a Palestinian lawyer, Mohammad Hasan Assaf, 34, after firing many live rounds at his car in the Industrial Area in Nablus city.

The soldiers also injured more than twenty-five Palestinians after shooting them with live rounds and rubber-coated steel bullets in several villages and towns in Nablus.

On Wednesday evening, the soldiers killed a child, Qussai Fuad Hamamra, 14, in Husan village, west of Bethlehem, in the occupied West Bank. The child was killed not far from where the Israeli soldiers killed Ghada Ibrahim Ali Sabateen, 48, on April 10, 2022.