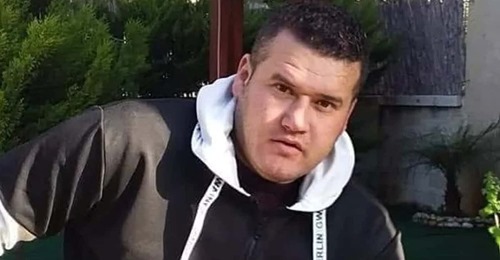 Israeli forces detained a firetruck in East Jerusalem Monday, preventing it from reaching the burning home of 34-year old Ahmad Dola. As a result, Dola died in the blaze, and his two-month old infant and his wife suffered moderate-to-severe burns and other injuries.

The fire apparently started from the electric cord of a heater in the Dola family home while the whole family was sleeping. Ahmad woke up, ran to the neighbors for help and as they called the fire department, Ahmad ran back inside to rescue his wife and baby.

He succeeded in rescuing his family, but collapsed while trying to escape the home, and died of smoke inhalation. The firetruck, which deployed just moments after receiving the call, was stuck at an Israeli checkpoint despite clearly being in emergency mode with sirens and lights.

The Israeli soldiers, stationed at Qalandia checkpoint in east Jerusalem, refused to allow the fire truck to pass to be able to extinguish the fire.

The fire truck was detained for over 30 minutes waiting for a military escort. By the time they managed to arrive, Ahmad was dead.

The neighborhood where the family lives, Kafr Aqab, is called a ‘slum’ by numerous Israeli media outlets, mainly because of its large population of Palestinians.

Israeli authorities had announced five years ago that they would construct a fire station on the Kafr Aqab side of the checkpoint, operated by local Palestinians, to provide service to the neighborhood. But the fire station was never built, and fire trucks and ambulances headed to Kafr Aqab end up detained for hours at Israeli military checkpoints, unable to reach those in need.

Numerous Palestinians have died as a result.

Kafr Aqab was described in 2019 by The Guardian newspaper as “a district where Palestinians can keep a foot in both Jerusalem and the West Bank – and be with their loved ones” due to a loophole in what the paper describes as Israel’s “chaotically complex occupation, [in which] Palestinians are divided into multiple categories, often dictated by where they reside. Near the top of the bureaucratic hierarchy are Palestinians in Jerusalem, [who] are eligible for Israeli services and can travel in the country.”

According to the Guardian, “Palestinians living in the occupied West Bank are lower down the permit ranking and unable to easily travel into Jerusalem. As a consequence, a Palestinian from Jerusalem who falls in love with a West Bank resident and moves in with them risks losing their precious residency status.

“Kafr Aqab is the answer to this conundrum. Israel considers it part of Jerusalem, but in response to the suicide bombings of the second Palestinian intifada in the early 2000s, it isolated the neighbourhood, separating it from the city proper with a concrete barrier. The area’s denizens now live in limbo – they are technically inside Jerusalem but physically in the Palestinian territories.

“This contradictory status creates a loophole, allowing Palestinians, to live in the West Bank without losing precious Jerusalem residency permits, while others blocked from entry to Jerusalem can also settle there.”

The reality that this ‘contradictory status’ has created in Kafr Aqab is a lack of basic services for the residents – including a fire station. The Israeli newspaper Ha’aretz reports being told by Samikh Abu Ramila, a well-known activist in the neighborhood, “Kafr Aqab doesn’t interest anyone: we don’t receive any services, we have no mailboxes, the roads aren’t paved, the municipality doesn’t do sewage and there are no well-baby clinics. We are living a half life because of the checkpoint.”