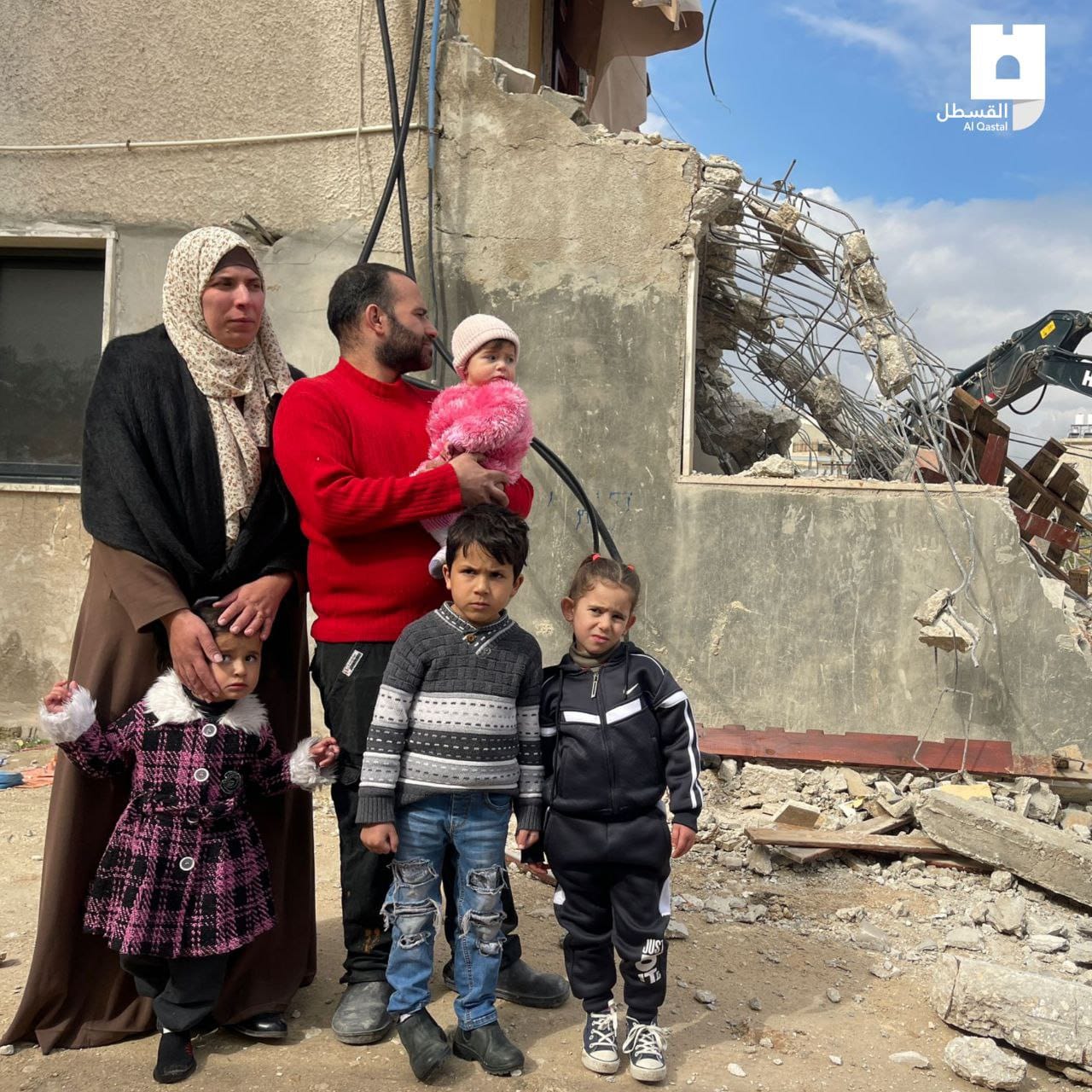 Israeli authorities ordered the two apartments, belonging to the Obeid family, to be destroyed under the pretext of lacking a permit, an extremely difficult endeavor for Palestinians in their own land.

Ayesh Obeid, the owner of the under-construction apartments, each 100 square-meters in area, stated that he began building the apartments five months ago, and just ten days ago he received a notice from the Israeli municipality to stop construction and demolish the homes.

Obeid added that his family has owned the land for generations, and that he was forced to build without an Israeli permit, given the challenges of obtaining a license to build.

The rubble of Obeid family’s homes in Al-Isawiya town in Jerusalem, after Israeli occupation forced the family to demolish them. pic.twitter.com/tIpF8MYxLN