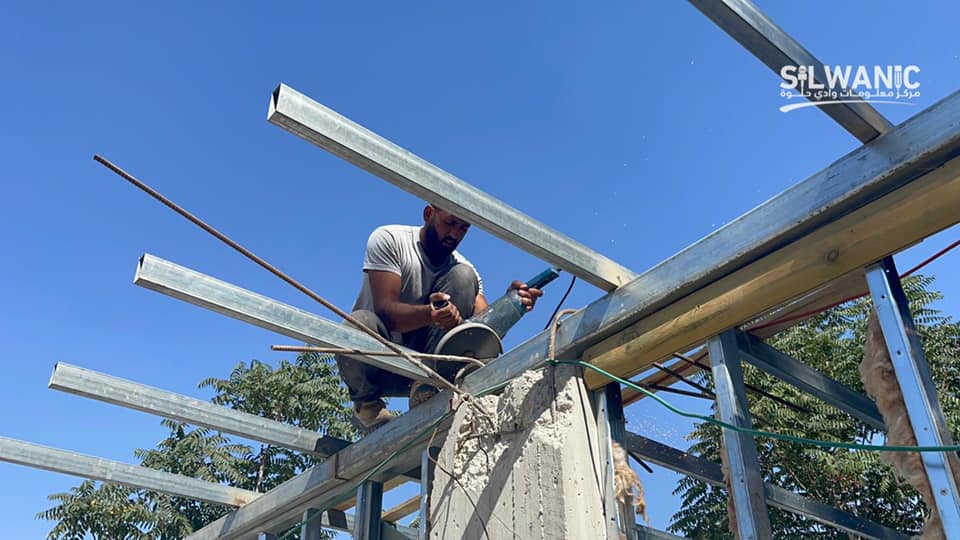 The Israeli municipality of West Jerusalem ordered the demolition of a Palestinian-owned home in occupied East Jerusalem, leaving a family of five people displaced, the Palestinian WAFA News Agency reported.

Mohannad Basheer, a Palestinian resident of the Jabal al-Mukaber neighborhood in East Jerusalem was forced, on Tuesday, to demolish his family’s home in order to avoid unreasonable fines of more than $18,000 if the Israeli municipality were to demolish the house.

Basheer began to tear down his 150-square-meter home with light tools and his own hands in an effort to knock down the retaining walls. According to Article 17 of the United Nations Universal Declaration of Human Rights;

1. Everyone has the right to own property alone as well as in association with others.
2. No one shall be arbitrarily deprived of his property.

In related news, Israeli forces stormed, on Tuesday, Masafer Yatta, in the Hebron governorate, in the southern occupied West Bank, before demolishing a barn and a shed.

The army demolished, Tuesday, two agricultural pools and a road in Bardala village, in the Northern Plains of the occupied West Bank.