Palestinian Family Forced to Self-Demolish Its Home in Jerusalem 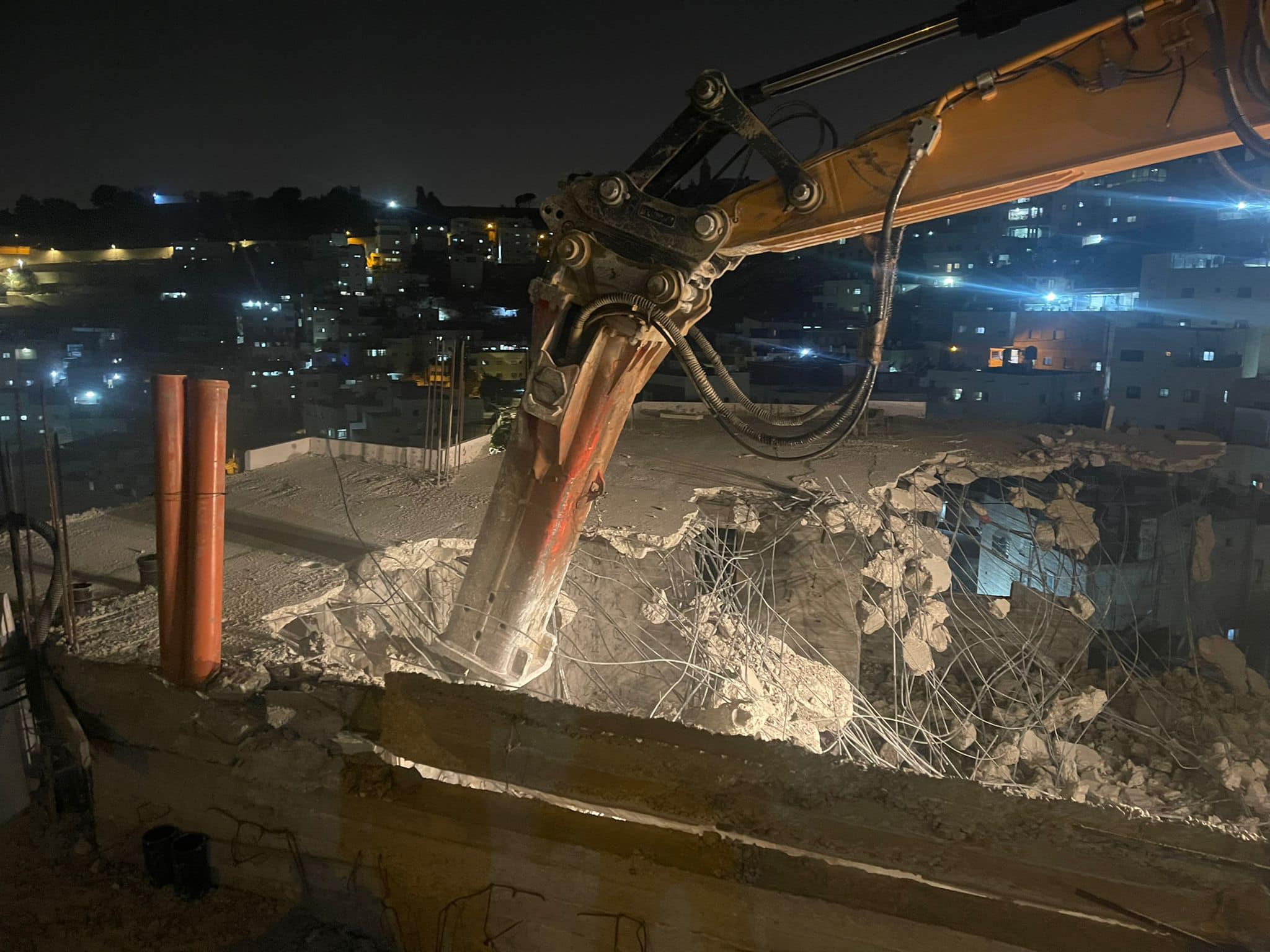 The Israeli Municipality of West Jerusalem forced, on Tuesday, a Palestinian family to demolish its own home in the Ras al-Amoud neighborhood in Silwan of occupied East Jerusalem, according to the Wadi Hilweh Information Center (Silwanic).

It stated that the Burqan family began, late Tuesday, to demolish their two-storey, 300-square-meter home which they have been building for one year, in order to avoid the unreasonable fines which the municipality would impose if they were to carry out the demolition.

The occupation authorities ordered the demolition one month ago, at which time the family attempted to freeze the order but it was denied.

In related news, Israeli soldiers along with bulldozers, destroyed three Palestinian-owned commercial facilities located north of occupied Jerusalem, near the Qalandia military roadblock, according to the Jerusalem Press.

It added that a large military force arrived, closed the area surrounding the facilities, blocking all residents from entering, and proceeded to demolish a supermarket, gas station and vegetable store, under the pretext of lacking an Israeli issued license.