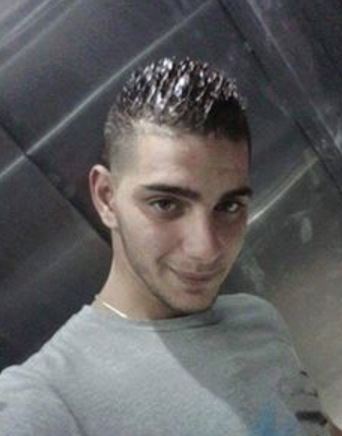 The Israeli authorities released, on Tuesday at dawn, the body of Tha’er Abu Ghazala, 19, who was killed by the army on October 8th, 2015, after reportedly stabbing and wounding a soldier, and three other Israelis, in Tel Aviv.

Abu Ghazala is from Kufur Aqab, north of occupied Jerusalem. The Israeli army and police completely closed the Sahera Gate area, in Jerusalem, and forcibly removed all reporters and residents from the entire area to prevent them from documenting the funeral ceremony.

Abeer Abu Ghazala, the mother of Tha’er, said she has been waiting for nearly a year to see the corpse of her son, and to bury him in a proper ceremony. “When he was killed nearly a year ago, he was 19 years of age,” the mother said while carrying 20 roses in her hands, “Today, I placed 19 roses on his grave, and kept one with me.”

“The occupation has been torturing us since executing him after accusing him of a stabbing attack in Tel Aviv,” the mother added, “But today, I buried my son, and with my bare hands and placed the soil of Jerusalem on his grave.” She also stated that the corpse of her son was very cold, and there were no signs of any autopsy or organ harvesting.

It is worth mentioning that Israel is still holding the remains of 13 young slain Palestinians, including three from Jerusalem. The precondition of releasing their remains is limiting the number of funeral precipitants to 25, holding the burial after midnight or at dawn, and paying a 25.000 Israeli Shekels bail.