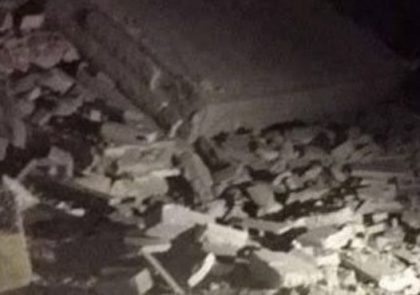 Dozens of Israeli soldiers invaded, on Tuesday at dawn, the town of Doura, south of Hebron, in the southern part of the occupied West Bank, and demolished a home of a political prisoner.

The family said the soldiers forced them out of their home, in Wad Soud area, in the northern part of the town, and also ordered all families living in nearby homes out of their properties, and detonated the Ebreiwish home.

The explosion leveled the property and caused structural damage to several nearby homes.

The army accuses al-‘Amayra of aiding Mohammad al-Faqeeh, who killed by the army, on July 27th 2016, after the soldiers fired missiles into a home, where he barricaded himself. The soldiers also bulldozed the property.

The al-‘Amayra property was demolished after an Israeli court turned down an appeal filed by an Israeli center for human rights. A month ago, the army invaded the property, photographed it and handed the family the demolition order.