Palestinian Farmer Killed, Another Injured, In Explosions In Southern Gaza 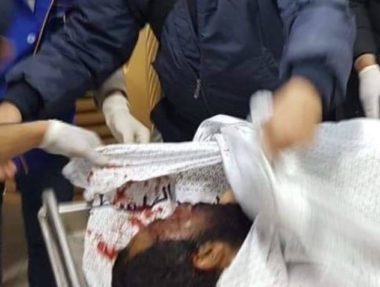 The Palestinian Health Ministry in the Gaza Strip has reported, Saturday, that one farmer was killed, and another was injured, in two separate explosions, in the southern part of the coastal region.

The Ministry stated that a farmer, identified as Mahdi Eid Ayyad Irmeilat, 36, was killed when an explosive object went off near him while he was working on his farmland, east of Rafah.

The Health Ministry stated that another Palestinian farmer was seriously injured in a similar explosion on a farmland, also east of Rafah.

The Palestinian Security Forces in Khan Younis and Rafah have initiated investigations into the explosions.

Although the origins of the explosive objects remain unknown, it is believed they were dropped by Israeli soldiers during their numerous invasions into Palestinian farmlands near the perimeter fence, as such incidents have occurred in the past leading to dozens of casualties, including fatalities.

It is worth mentioning that many Palestinians have been killed, and dozens were injured, by unexploded objects dropped by Israeli soldiers during military training on Palestinian lands in the West Bank, especially in the Jordan Valley.

Our correspondent indicated that another explosion occurred, during which a second farmer was injured by a suspected body explosion east of Rafah, while he was transferred to the hospital to complete the necessary treatment.

He stated that the two explosions that took place east of Rafah are the result of the remnants of the Israeli occupation forces, pointing out that the police and the competent security authorities are present at the scene to determine its circumstances.