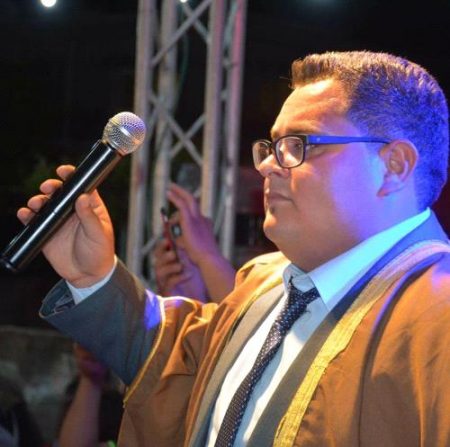 Perhaps the Palestinian folk singer Mohammad Barghouti, 23, did not know that he was going to end up in an Israeli jail because of his popular folk songs. But, he did along with two others from his band.

Israeli soldiers raided, early Wednesday, Barghouti’s home in the village of Kufr Ein, to the north of Ramallah, and abducted him. They also raided the home of his organ player Naji Rimawi and the owner of a local music studio and artist, Nazzal Barghouti, and took them into custody as well.

All this comes after Barghouti wrote and sang a folk song glorifying Palestinians for resisting the Israeli occupation of their homeland and its oppression of millions of Palestinians, according to WAFA.

The latest song that got him in trouble was dedicated to Omar al-Abed, from the neighboring village of Kobar, who recently stabbed and killed three Israeli settlers in the illegal settlement of Halamish, built on expropriated Palestinian land that belonged to his ancestors. Al-Abed was shot and injured and is now facing charges for the killings.

Israel has decided to wage a war against any Palestinian who glorifies, in any way, those whom Palestinians refer to as “martyrs,” if they were killed by Israelis, or freedom fighters, if they got captured.

For Palestinians, these are national heroes and are honored with songs and other means, regardless of what Israel or the rest of the world might think about their act.

Israeli soldiers, who have been terrorizing the village of Kobar and its 3,000 residents since the incident, in a revenge act, were not satisfied with only detaining the three musicians, but also seized hard discs and CDs of Barghouti’s songs that he normally sings in weddings or other local events. They also beat his father, who had to be transferred to hospital for treatment.