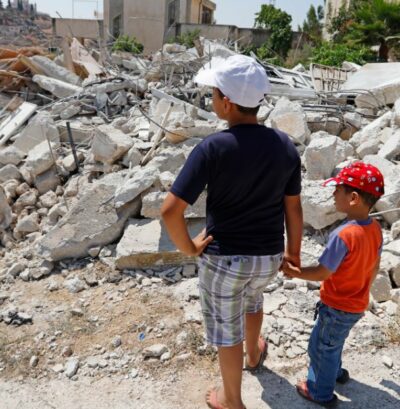 A Palestinian was forced to demolish his own home, late on Monday at night, in Jabal al-Mokabber town, in occupied Jerusalem, after the city council refused to grant him a permit.

The Palestinian, Fawwaz Abdo, said he had to demolish his property, located in the Schools Neighborhood after all appeals with Israeli courts were denied.

He added that he built the 100 square/meter property on his land more than five years ago, to provide shelter for his six-member family.

According to data from the Israeli Information Center for Human Rights in the Occupied Territories (B’Tselem) Israel has demolished 107 Palestinian homes in East Jerusalem between January 1, 2020, and October 31st, 2020.

72 of the demolished homes were destroyed by their owners, who wanted to avoid further excessive fines and fees.

The demolitions left more than 340 Palestinians, including 176 children, without a shelter.

Earlier Monday, the soldiers demolished a Palestinian home in the al-Khader town, south of Bethlehem, south of occupied Jerusalem in the West Bank.

On Sunday, a Palestinian man was forced to demolish his home in Wadi al-Jouz neighborhood, after all attempts to license the property were denied by Israeli courts, despite paying high fines.