Palestinian Forced To Demolish His Home In Silwan 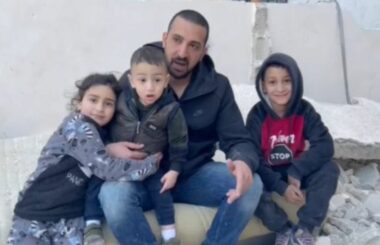 A Palestinian man was forced to demolish his own home, Monday, in Wad Qaddoum neighborhood in Silwan town, in the occupied Palestinian capital, Jerusalem, after the Israeli City Council issued a destruction order against his property and threatened to impose high fines and fees.

The Palestinian, Nidal Mohammad Salayma, told the Wadi Hilweh Information Center in Silwan (Silwanic) said the soldiers and personnel of the City Council stormed his property and told him that they are here to demolish the home. Salayma added that he started the demolition of their own home to avoid receiving the excessively over-exaggerated bills and fees from the City Council if it destroys the property using its workers and equipment.

The family built its home in the year 2019, to house its five members, including three children between the ages of 18 months and seven years, and has since been trying to obtain all needed construction permits.

In related news, the soldiers demolished, Monday, the home of a wheelchair-bound Palestinian man and his family in the al-‘Isawiya town, in Jerusalem.