Palestinian Forced To Demolish Rooftop Of His Destroyed Commercial Structure 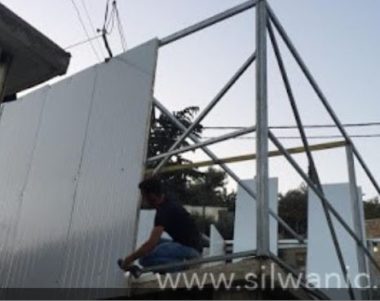 The Israeli authorities in occupied Jerusalem forced, Tuesday, a Palestinian from Silwan town to demolish the rooftop of his commercial structure, which was destroyed by the City Council two days ago.

Media sources said the Palestinian, identified as Ma’moun Jalajel, had to demolish the rooftop at his own expense, to avoid the excessively high fines and penalties, in addition to the exaggerated costs of demolition if the city carries it out using its workers and machines.

On Sunday evening, the Palestinian demolished the foundation of his property after receiving an order for its destruction from the City Council, for installing it without a permit.

A month earlier, the Jalajel received an administrative demolition order, and was instructed to head to the City Council to pay fines, and he did so to avoid the destruction of his 30 square/meter property which he built two months ago.

Jalajel stated that he built the property with a concrete floor, poles, in addition to reinforced sheet metal and bricks, before he was ordered to demolish it.