Palestinian Injured After Being Rammed By Colonist’s Car Near Bethlehem 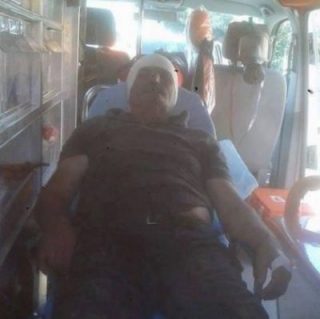 A Palestinian farmer from the al-Khader town, south of the West Bank city of Bethlehem, suffered several fractures and bruises, Thursday, after being rammed by a speeding Israeli colonist’s car, on a bypass road #60, used by both Palestinians and Israelis.

Medical sources said the wounded Palestinian man has been identified as Hussein Daoud Mousa, 65, and that he was heading back home.

It later became known that the settler who rammed the Palestinian is also a soldier with the Israeli military, and was driving a civilian car.

An Israeli ambulance was called to the scene, but the medics didn’t want to transfer the wounded man to an Israeli hospital and said he should be moved to a local Palestinian hospital, but his sons insisted especially since he was injured by an Israeli driver. 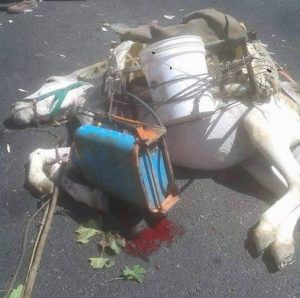 It is worth mentioning that the man was riding his donkey when the incident took place, and his donkey was also struck and wounded.

The soldiers also cuffed the wounded man’s son, after he rushed to the scene, and abducted him.