Palestinian Journalists Refuse “Failed and Desperate” Meeting With US Official 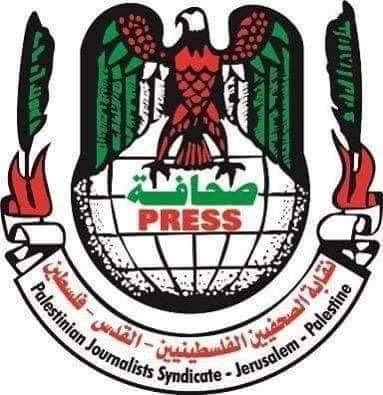 In response to a request from US Trump administration official and supporter of Israeli settlement expansion, Jason Greenblatt, the Palestinian Journalists Syndicate (PJS) said they would refuse to meet at the White House in Washington DC. They called the request a “failed and desperate” attempt by the US administration to undermine the Palestinian leadership.

The Syndicate called on any Palestinian journalists who receive an invitation to the White House to refuse to attend, calling Greenblatt’s intentions “suspicious”.

In a statement, the Syndicate said that Greenblatt’s invitation “is yet another failed and desperate attempt by the US Administration to bypass the leadership of the Palestinian people, represented by the PLO and its chairman, Mahmoud Abbas.”

The intention of the proposed meeting, according to the US “peace envoy” Jason Greenblatt, would be to “invit[e] Palestinian journalists to the White House, or maybe somewhere more neutral, and have our team make presentations directly to the Palestinian media what the [Kushner-Greenblatt ‘Deal of the Century’] plan is all about”.

Greenblatt told the Al-Ayyam newspaper that he wished to speak with “ordinary Palestinians” about this plan, in an attempt to bypass the Palestinian leadership.

Greenblatt was filmed a week ago, along with the US Ambassador to Israel, David Friedman, in a tunnel underneath Jerusalem smashing into the Silwan neighborhood, home to over 20,000 Palestinians and an area designated by Israel for colonial expansion.

After the Trump administration denied the Palestinian claim to the city of Jerusalem in December 2017, at the urging of Greenblatt, Friedman and Kushner (who are all ideological Zionists and close advisors of Trump), the Palestinian Authority has boycotted the US administration and refused to hold talks with them.

The PJS noted in their statement that Greenblatt’s request “reflects the crisis facing the US administration after the failure of the Bahrain workshop.”

According to the latest statement from the Palestinian Ministry of Foreign Affairs, “The Palestinian leadership has provided everything necessary for the success of peace and negotiations. The positions of Trump and his team are an extension of the [US] coup against the foundations of the international system and United Nations resolutions and reveal the true intentions of Trump’s anti-peace administration.”