Israeli settlers reportedly started a fire near the Palestinian village of Burin. in the occupied West Bank district of Nablus, on Wednesday afternoon.

According to an Israeli army spokesperson, suspects coming from the illegal settlement of Yitzhar approached Burin on Wednesday afternoon, igniting a fire on lands near the village before fleeing the scene.

The spokesperson added, according to Ma’an News Agency, that while the fire was extinguished by Israeli forces, no detentions were carried out at the scene, and that the case was transferred to Israeli police.

Israeli police spokesman Micky Rosenfeld said that he was not aware of the case.

According to footage shared on social media by Palestinian news agency al-Quds (photo), Israeli soldiers and police officers were on the scene protecting the settlers.

Israeli news outlet Ynet reported, on Wednesday, that the Israeli army has been increasingly struggling to handle Yitzhar settlers, notorious for being violent against both Palestinians and Israeli forces, as well as for their fanatical ideology.

Unnamed soldiers said that they had not been trained to respond to stone throwing by Jewish Israelis, and that they felt that their presence during clashes between settlers and Palestinians without intervening against the settlers was giving Yitzhar residents an impression of “legitimacy.”

The arson attack on Wednesday came as Israeli police spokeswoman Luba al-Samri said that investigations were ongoing against two Israeli settlers from Yitzhar who were suspected of throwing rocks at an Israeli ambulance, earlier this month. Al-Samri also confirmed the detention of an Israeli minor in connection with an attack against Israeli forces in Yitzhar, on Sunday.

The arrests marked a rare instance of Israeli settlers being held accountable for acts of violence, as a number of recent incidents in which settlers in the area attacked Israeli army personnel have gone unpunished.

Several settler attacks have been carried out in Palestinian villages near Yitzhar in recent months, including the destruction of some 45 olive trees near Burin, on Sunday.

PNN recently reported that Yitzhar settlers are continuing to dump their waste on agricultural land owned by Palestinians south of occupied Nablus, causing damages to the land and its owners. 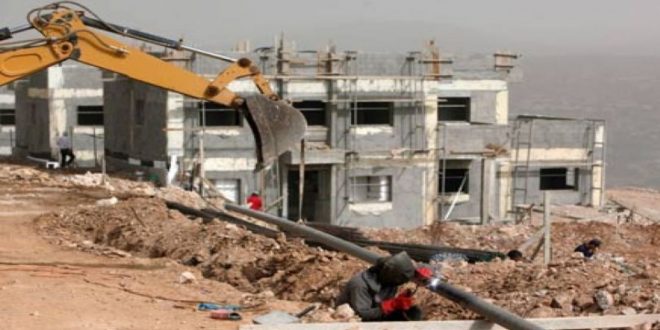 Anti-settlement activist Bilal Eid said the settlers from Yitzhar continue their attacks against Palestinians, which have resulted in the death and injury of many citizens, not to mention damage to Palestinian property.

He explained that the dumping of harmful waste on Palestinian land, especially in the village of Burin, aims to pressure Palestinian citizens who live in areas close to the illegal settlements to leave their land allowing Israel to annex it to the settlements.

Villages and towns south of Nablus, including the village of Burin have repeatedly been attacked by the Israeli army under the pretext of providing protection for Jewish settlers living in the illegal settlement of Yitzhar, which is located on the agricultural land owned by Palestinians south of Nablus.

Palestinian activists and rights groups have repeatedly accused Israel of fostering a “culture of impunity” for Israeli settlers and soldiers committing violent acts against Palestinians, while Palestinians face up to 20 years in prison for throwing stones if intent to harm could be proven, and face a minimum prison sentence of three years for throwing a stone at an Israeli.

In March, Israeli NGO Yesh Din revealed that Israeli authorities served indictments in only 8.2 percent of cases of Israeli settlers committing anti-Palestinian crimes in the occupied West Bank in the past three years — in comparison to a 90 to 99 percent conviction rate for Palestinians in Israeli military courts.

According to the United Nations Office for the Coordination of Humanitarian Affairs (OCHA), there were a total of 107 reported settler attacks against Palestinians and their properties in the West Bank, including East Jerusalem, in 2016, with 65 attacks being reported since the start of 2017.