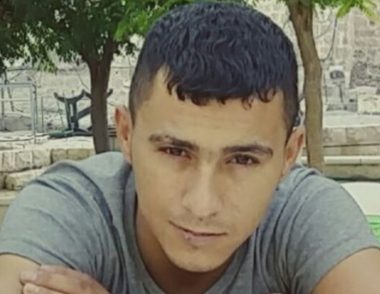 Undercover Israeli soldiers infiltrated, on Wednesday evening, into Jabal Johar area, in the southern area of Hebron city, in the southern part of the occupied West Bank, and killed a young Palestinian man.

Israeli media sources claimed that the undercover soldiers were searching for weapons when they “came under fire,” and fired back, killing one Palestinian.

The Israeli army said no soldiers were injured in the incident.

The Palestinian Health Ministry said the Palestinian has been identified as Eyad Monir Arafat Gheith, 23, from Hebron, and added that he was shot with several live rounds in his upper body.

It added that the body of the slain Palestinian was moved to Mohammad Ali Al-Mohtasib governmental hospital, in Hebron city.