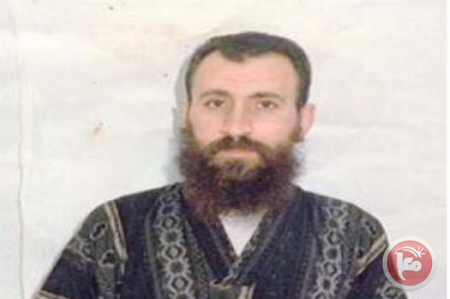 Palestinian detainee Raed Mohammad al-Saadi entered his 28th year in Israeli custody on Sunday, making him one of a number of Palestinians currently detained the longest by Israel.

Al-Saadi, a 49-year-old native of the village of Silat al-Harithiya, in the northern occupied West Bank district of Jenin, was detained on Aug. 28, 1989, according to Ma’an News Agency.

He was sentenced to two life sentences in prison for carrying out attacks during the First Intifada which led to the deaths of Israeli soldiers and settlers.

Al-Saadi is the longest held Palestinian prisoner from the Jenin district. He was supposed to be released as part of a prisoner swap deal in conjunction with US-mediated peace talks with the Palestine Liberation Organization (PLO) in 2014, along with a number of fellow Palestinian prisoners held since before the 1993 Oslo Accords.

However, the deal was later suspended following the disappearance of three Israeli teenagers in June, which led to a crackdown in the occupied West Bank and a devastating Israeli offensive in the besieged Gaza Strip.

A massive arrest campaign allegedly targeting Hamas affiliates, who were  unsubstantially implicated in the crime, was launched. Yet, no evidence to support the claim was ever produced.

According to Palestinian prisoners rights group Addameer, 7,000 Palestinians were detained by Israel as of July, 458 of whom were serving life sentences.

Al-Saadi is one of 30 prisoners detained since before the Oslo Accords, with 15 Palestinians serving more than 25 years in Israeli prisons.