10 O’clock In Jerusalem & All Is Not Well 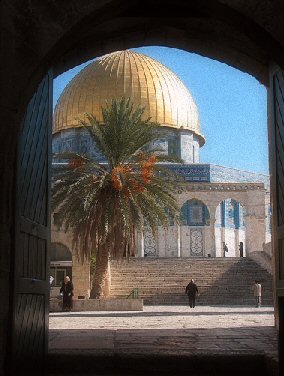 On Monday, October 27th, indirect negotiations between Palestinian and Israeli delegations will resume in Cairo, in order to address the possibility of a lasting ceasefire between the discrepant parties.Israel’s devastating military assault on the Gaza Strip, this past summer, officially lasted a total 50 days and saw the deaths of at least 2,137 people, the overwhelming majority of whom were civilian residents in the tiny coastal region, and some 578 of whom were children.

At least 264 women and 103 elderly were also killed, while more than 11,100 people, to include 3,374 children, 2,088 women and 410 elderly were injured, many severely, leaving victims to face lifelong sufferings, permanent scarring and loss of mobility.

16 Palestinian journalists and one Italian photographer are among the dead, as well.

The names of Israelis killed during the offensive have also been included in the above list.

The first signs of further armed conflict in the region appeared as early as the beginning of June, as random reports of rocket fire out of northern Gaza began to surface from various news outlets around the globe. Israel responded with a barrage of limited airstrikes, in steadily increasing increments, throughout various neighborhoods in the locale, as a hail of crude, homemade rockets fired by various armed Palestinian resistance groups haphazardly struck the largely unpopulated stretch of desert which is situated around the tiny coastal strip.

While mainstream Western media outlets continued to parrot, almost verbatim, the ongoing propaganda narrative of threats to Israeli peace by the agency of armed Islamic militant factions (namely Hamas), the general public was left, for the most part, in the dark as to the actual nature of the immediate circumstances and events leading up to ‘Operation Protective Edge’.

As news of displaced Palestinians, starving to death for lack of food in Syrian refugee camps, filled the Twitter pages of international relief workers in the early months of 2014, Palestinians in their occupied homelands remained steadfast in their resistance against decades-long oppression by discriminatory Israeli policies and daily human rights abuses.

Reports of violent confrontations between heavily armed Israeli forces and angry, stone-throwing Palestinian youth, from dozens of cities and villages across the West Bank to the refugee camps of occupied East Jerusalem, flashed across Palestinian headlines throughout the winter months.

By the end of March, Palestinian youth from Bethlehem’s Aida refugee camp had set fire to an Israeli watchtower located at a section of the massive separation wall which surrounds and courses the entire West Bank region.

Plans for Israeli settlement expansion had continued unabated, in direct violation of international law, throughout the duration of the U.S.-brokered peace talks which began in July of the previous year and were, by now, well on their way to a state of full-on collapse.

Hamas and Fateh officials faced fierce opposition from Israeli factions, as cabinet members and parliamentary spokespersons publicly denounced plans by the two parties to reconcile their differences and form a new Palestinian government based on solidarity between the former rival parties. By the time Israeli-Palestinian negotiations had formally disintegrated, at the end of April, the issue of Israeli settlements had all but disappeared from popular discussion and was replaced by a dialog centered, once again, around Hamas, whom Israel blamed for the failure of the so-called ‘peace talks’.

Meanwhile, Palestinian administrative detainees held in Israeli prisons without charge or trial, under a policy which dates back to days of British Mandate Palestine, prepared to launch a collective hunger strike which continued fervently, and in a state of mass solidarity, up until the beginning of Israel’s most recent invasion into the Gaza Strip.

U.S. Secretary of State and Middle East Quartet member John Kerry initiated the extensive round of renewed negotiations between Israeli and Palestinian officials with a drafted proposal calling for their official recognition of Israel as a ‘Jewish’ state.

It was soon reported that, according to an Israeli official, Mr. Kerry had gone so far as to approach both King Abdullah, of Jordan, and Saudi Arabia’s King Abdullah bin Abdul-Aziz, with the aim of convincing them to talk Palestinian leadership into submitting to such a condition, as was prescribed by the initial draft. Though State Department officials adamantly denied the claim, the peculiar clause was, however, essential to Kerry’s ‘peace plan’ and served, over the coming months, as a platform for intense reflection by grass-roots opposition who dared question the so-called ‘democratic’ nature of U.S.-Israeli relations and their jointly constructed policies, both foreign and domestic.

Furthermore, according to Kerry, Israel had “only announced bids” for settlement expansion, and such an announcement would not harm political talks between delegates.

If Israel’s infamously ‘moral’ army and reknowned ‘democratic’ state was questioned by international Palestinian solidarity, residents of the occupied territories found themselves in a state of consummate outrage and despair as Israeli soldiers, in early June, shot dead in cold blood 17-year-old Nadim Nuwara and Muhammad Abu al-Thahir, age 16, during protests which were organized near Ofer prison, in commemoration of the 66th anniversary of the Palestinian Nakba.

Although no criminal behavior had been noted on the part of the young boys, and the official autopsy team had unanimously confirmed the use of live ammo by Israeli soldiers — during what should have been, at most, a simple police action — the story failed to achieve any official recognition outside of mere token denunciation by US authorities, the theme of which ultimately centered on, once again, the ‘high moral standard’ to be associated with the brutal tactics employed by the Israeli army.

To make matters worse, three young Israeli settlers were soon reported missing by Israeli authorities, and a massive arrest campaign allegedly targeting Hamas affiliates, whom they unsubstantially implicated in the crime, was launched across the West Bank.

No evidence to support the claim was (ever) produced, as Israeli violence against Palestinians escalated into a state of utter hysteria when 16-year-old Muhammad Abu Khdeir, from the Shu’fat district of occupied East Jerusalem, was savagely tortured and burned to death by a group of Israeli settlers.

The dead bodies of the three missing youth, one of whom was in fact a former Israeli soldier, were eventually uncovered just near the area from which they had gone missing, some weeks following their disappearance. However, the violence across both the occupied Palestinian territories and areas of Israel still overwhelmingly populated by Arabs, both Christian and Muslim, had now reached a boiling point.

On Aug. 26, 2014, following several weeks of relentless armed confrontations, Israeli and Palestinian militants signed an open-ended ceasefire agreement, in which Israel agreed to ease its ongoing siege over the Gaza Strip, as well as to immediately expand its coastal fishing zone, as demanded by Hamas in return for the complete cessation of their own retaliatory operations.

By mid-September, some 26 Israeli violations of the ceasefire had been documented.

Less than three weeks later, Hamas was reported to be test-firing missiles into the sea off the coast of the Gaza Strip and Israel, once again, began to publicly denounce the democratically elected organization for breaching the truce, as is consistent with Israeli policy.

Hamas has repeatedly asserted that the agreement does not include disarmament of Palestinian resistance, and that armed factions in the coastal region will never agree to such a term.

According to Hamas, the ceasefire agreement additionally calls for rebuilding Gaza, re-establishing and operating the airport (which has been repeatedly flattened, shelled and bulldozed by Israel, during previous invasions into the region) in addition to establishing an international sea port the Strip, freeing up border crossings and abolishing the “buffer zone” located to the east, as its existence prevents farmers and workers from entering their lands.

Meanwhile, land confiscation and settlement expansion not only continues in the occupied West Bank and East Jerusalem but, rather, now escalates daily, and the violence along with it.

Moreover, as the U.S. State Department threatens Palestinians with the imposition of economic sanctions for what it deems ‘unilateral moves’ by officials, in the form of recurring attempts to seek statehood and an end to the Israeli occupation — in addition to just retribution for Israel’s indisputably criminal acts of war against them (all via longstanding internationally recognized institutions) — the state of Israel now threatens yet another offensive on the region, even more devastating than before.

Palestinians, now the largest refugee group on the entire planet, continue to struggle with opposition from all sides, as officials from the State Department to the United Nations continue to push for renewed peace talks as an alternative to such actions.

During the 2013 negotiations, Israeli officials did indeed announce, and eventually carry out in full force, plans to build thousands of additional homes in illegal settlements across the occupied West Bank, while continuing to further seize lands, demolish homes and agricultural resources and, thus, leaving scores of Palestinian families severely disenfranchised and without so much as a roof over their heads to shelter them from inclement weather.

Gazans were already surviving on a mere 8 hours per day of electricity when the Palestinian negotiating team finally resigned in protest, come mid-November. Israel, soon after, made quite clear its position on securing peace with Palestinians when Israeli PM Benjamin Netanyahu, during a meeting with young Likud Party supporters, boasted:

Critics of Israel’s aggressively right-wing regime assert that such peace negotiations are simply used as a front for continued settlement expansion and military occupation, noting that settlement activity clearly increases during negotiations, while daily acts of violence against Palestinians, by both Israeli civilians and soldiers alike, remains as of yet unchallenged by the powers that be.

A recent Israeli public opinion poll showed that, following the atrocities witnessed during Israel’s most recent military assault on Gaza, 74% of Israeli citizens now prefer political solution with Palestinians over that of military aggression. Yet, an even more recent poll, conducted at the beginning of October, concluded that the same amount of Israelis are against establishing a Palestinian state on lands internationally recognized as Palestinian territory since 1967.

It’s nearly 10am in Jerusalem, now, as I conclude this report. I know because I keep a clock on my desktop, to remind me to check for updates on the Palestinian crisis.

I don’t live there. I have no desire to do so. The underlying tension I experience on a daily basis, as a result of an all-too-recent genocide perpetrated by Western powers against the indigenous population, here in South Dakota, is quite enough for me as it stands… without having to relive it in some sort of absurd and fathomlessly more horrifying, futuristic setting.

The people who remain unaware of such tensions, in the place that I call home, are fairly well oblivious to depth of the deceit which masks the foreign policies they continue to support with their collective tax dollars, their votes, the very lives of those dear to them, let alone the domestic stratagem imposed by their own leaders — all in direct conjunction and alliance with the bestowers of the double standards I have noted in this article — and as it continues to be foisted upon them under a common guise of freedom… ‘democracy’…equal rights for all.

I would sincerely like to believe that Israel will begin to follow through with its promises, when indirect talks resume on Monday. However, as is my typical fashion, I leave any further analysis as to ‘what time it is in Jerusalem’ to the reader.