Palestinian officials: Israeli plan on land registration proves the ICC is on the right track 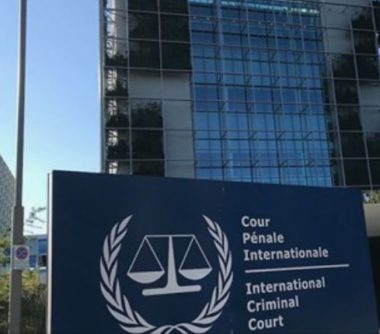 RAMALLAH, Saturday, December 28, 2019 (WAFA) – Palestinian officials said today that an Israeli plan made public by Defense Minister Naftali Bennett to enable settlers to register Palestinian lands in occupied West Bank areas classified as “C” in the land registry of the Israeli Ministry of Justice proves that the International Criminal Court (ICC) is on the right track.

The ICC last week decided to open a war crime investigation of Israeli settlement activities in the occupied Palestinian territories.

The statement by Bennett proves that the ICC was right in initiating action against Israel, said Saeb Erekat, secretary general of the Executive Committee of the Palestine Liberation Organization (PLO).

He told Voice of Palestine this decision is the beginning of the annexation of occupied Palestinian land.

He said the ICC has a large number of evidence of Israeli war crimes in the occupied territories to justify starting a probe into these crimes, expressing hope that the ICC would take action against Bennett, whose file of statements is going to be at the table of the ICC on Monday.

Another PLO Executive Committee member, Ahmad Majdalani, said Bennett’s decision is a manifestation of the colonialist mentality and an extension of the plan by Israeli Prime Minister Benjamin Netanyahu to annex the occupied Jordan Valley and other parts of the West Bank.

He considered the decision an attempt to seize the land in order to prevent the creation of a viable Palestinian state.

Walid Assaf, the Palestinian official responsible for the anti-wall, anti-settlement department, also told Voice of Palestine that registering the land with the Israeli Justice Ministry is a de facto annexation of occupied land and therefore a clear violation of all international agreements.

“What we see today is an attempt to speed up measures for transferring land to the settlers and to go from enforcing Jordanian law that still applies in the occupied Palestinian territories with the Israeli law,” he said, “which explains the decision to register the land where the settlements are built with the Israeli Justice Ministry.”

He stressed that until there is an international outcry rejecting this step, Israel is going to annex all the occupied territories and destroy the two-state solution.