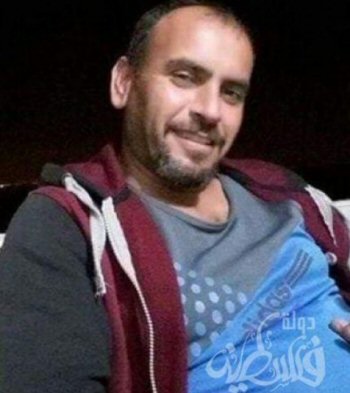 After almost a record 100 days of hunger strike, Israel insists on keeping Ahmad Zahran behind bars, without charge or trial and based on secret evidence.

The Palestinian Prisoners’ Commission said in a statement, today, that Zahran, 42, has been on hunger strike for 97 consecutive days, demanding a fair trial or his release from prison, as the Israeli military court keeps delaying a hearing on an appeal against renewing his administrative detention for four more months.

Zahran, from the Ramallah-area village of Deir Abu Mishaal, was also on hunger strike, previously, but ended it 39 days later, after he was told that his administrative detention would not be renewed when it ran out.

However, when the Israeli military reneged on this promise and extended his detention by four months, he resumed the hunger strike.

Prisoners’ Commission spokesman Hassan Abed Rabbo told WAFA news agency that Zahran’s health was rapidly deteriorating after losing 30 kilograms of his weight and that he is currently kept at Ramleh prison clinic.

Zahran had spent a total of 15 years in Israeli prisons for acts of resistance against the Israeli occupation, Days of Palestine reports. He is a father of four.