Soldiers Abduct A Palestinian Near Hebron, Search Dozens Of Cars Northwest Of Jerusalem 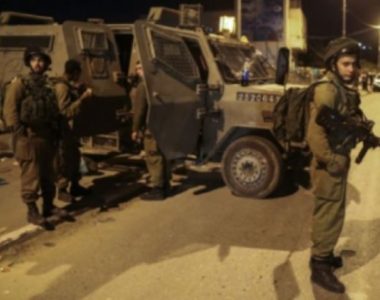 They added that the soldiers abducted Raed Ibrahim Tneina and took him to an unknown destination.

In addition, the soldiers closed the “Tunnel Roadblock,” which is the only road leading to Palestinian villages, northwest of occupied East Jerusalem, and started provocatively searched cars while interrogating the Palestinians and investigating their ID cards.

The villages impacted by this closure are home to around 60.000 Palestinians, who frequently face these sudden closures, in addition to being subject to questioning and searches.