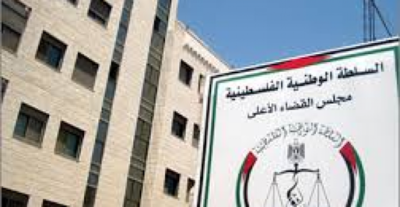 The Palestinian President issued two laws by decree on 15 July 2019.  The first one is dissolved the High Judicial Council (HJC) and assigned a transitional one while the other amended the Palestinian Judicial Authority Law No.1/2002 and reduced judges’ retirement age to 60 years.

The Palestinian Center for Human Rights (PCHR) condemns the dissolution of the HJC by the Palestinian President and considers it a blatant interference in the judicial affairs and independence, in form and substance.

It is also considered a violation of the principle of separation of powers, codified in Article 98 of the 2003 Palestinian Basic Law: “Judges shall be independent and shall not be subject to any authority other than the authority of the law while exercising their duties.  No other authority may interfere in the judiciary or in judicial affairs.”

In response to the dissolution decision, PCHR’s Director, Raji Sourani, said that “This decision is not only an attack on the independence of the judiciary; it would also prejudice the judges’ personal and career interests and their reputation. It also reveals the absence of political will for real judicial reform.” Sourani continued, “Now that both the legislative and judicial authorities are dissolved; the institutional essence of the state is absent and we are left with a centric political system revolving around the President.”

Whereas both decrees mention being issued in compliance with the recommendations of the National Committee for the Development of the Justice Sector, PCHR reasserts that judges criticized the creation of the committee itself, and that the Judges’ Club issued a press release on the matter emphasizing that the formation of said Committee jeopardizes the integrity and independence of the judiciary. Palestinian human rights organizations supported the stance taken by the Judges’ Club at the time, as the latter is representative of the judiciary’s best interest and orientation.[1]

Additionally, the Committee overlooked the factual causes weakening the Palestinian judiciary, primarily the executive-overreach and meddling in judicial affairs.

This overreach was evident in a number of instances, most prominent was the overthrowing of Chief Justice, Sami Sarsour, who was blackmailed into signing his resignation letter before assuming his role as Chief Justice, and it was used by the executive branch upon deciding to oust him. PCHR vehemently condemned the incident and considered it an erosion of judicial independence[2].

The problematic independence of the High Constitutional Court (HCC) was disregarded by both the recommendations of the aforementioned Committee and the recent laws by decree.

HCC was the subject of wide legal criticism, because its members never took oath in the presence of the Speaker of the Palestinian Legislative Council (PLC), and it was created within the current Palestinian political division with members of a single political faction.[3] This impression was reinforced by the HCC conduct with decisions that favored expanding the President’s authorities, such as granting him authority to lift parliamentary immunity on 06 November 2016[4], and dissolving the PLC in complicity with the President on 12 December 2018[5]. As such, it is evident that the Palestinian executive is moving towards imposing complete control over all branches of the judiciary, giving the Palestinian President supreme power, as is the case in the HCC.

PCHR reiterates that it attempted to protect judicial independence in 2005 when it appealed against the 2005 Judicial Authority Law, which was introduced shortly after the Palestinian President Mahmoud Abbas took office and aimed to enhance the Ministry of Justice’s powers at the expense of the HJC.[6]

The Supreme Court, in its constitutional capacity, decided to drop the new law and maintain the Judicial Authority Law No. (1) of 2002; thus, reinforcing two main principles: a. the imperative consultation with the judicial authority before enacting relevant laws; and b. the independence of the judiciary.

The timing and nature of the 2005 Judicial Authority Law, reflects the early intentions of the executive authority to control the Judiciary and refutes its allegations that the most recent laws by decree were part of a reform process.

It also extends presidential powers, making it a de facto substitute to all three branches of government. This trend proves that the HCC is a mere façade and its decisions are designed to facitiliate executive outreach.

The decrees in question were issued only a few months after dissolving the PLC. The latter was authorized by the HCC’s in a decision that was deemed controversial due to the deficient reasoning, and doubts over the Court’s own legitimacy[7]. Therefore, PCHR considered the dissolution of the PLC to be political par excellence. PCHR also condemned the HCC’s position, and considered it an outreach of its jurisdiction, and an interference in the legislative authority in complicity with the executive branch.

Furthermore, in its decision to dissolve the PLC, the HCC contradicted its former decision pertaining to the legitimacy of the PLC’s extended term. Therefore, PCHR affirms that these laws by decree are part of a systematic policy to control the three authorities and pave the way for power absolutism.

The allegation that the problem of the Palestinian judiciary is about current laws or judges is a lie, and an attempt to control the judiciary under the pretext of reform. PCHR considers that true reform starts by ending the executive authority’s interference in the judicial authority as it weaknesses were never in the Judicial Authority Law. Hence, PCHR demands that the President retract his decisions.

[2] The Rule of Law vs. The Law of the Jungle: Independence of Palestinian Judiciary in Jeopardy https://pchrgaza.org/en/?p=8539

[3] PHROC: Press Release by PHROC and PNGO on: “The High Constitutional Court is Yet to Fulfil Inception Requirments and its Decisions are Void” https://pchrgaza.org/ar/?p=14016

[6] PCHR Challenges the Constitutionality of the New Judiciary Law for Its Contradiction with the Amended Basic Law, and the High Constitutional Court Postpones the Case