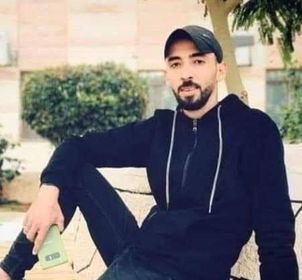 According to the official Hebrew channel, the army alleged that three Palestinians threw Molotov cocktails at an army post, near the “Annab” military roadblock, and the soldiers shot at them.

Two Palestinians fled, and it was later confirmed that one of the men died shortly after being shot.

Hmeidi was a former political prisoner, from Beit Lid town, southwest of Tulkarem, who spent three years in Israeli prisons.

Haaretz news published the Israel Defense Forces’ spokesman statement, that said Israeli forces, stationed near the illegal Israeli settlement of Einav “identified three terrorists who threw firebombs at them. The forces responded with [live] fire, and one of the terrorists was hit.”

The army added that no Israeli soldiers were injured.