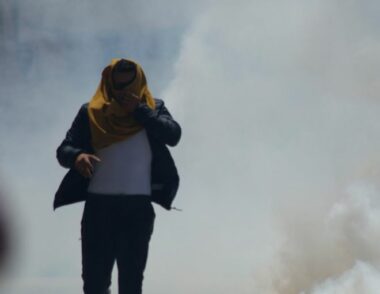 Israeli soldiers injured, on Monday evening, several Palestinians in Zabbouba village, west of the northern West Bank city of Jenin, and abducted a young man near a military roadblock, northwest of the city.

Several army jeeps invaded Zabbouba, leading to protests before the soldiers fired many gas bombs at them and surrounding homes.

Zabbouba is subject to repeated Israeli invasions and violations, and most of its lands and orchards, are isolated behind the illegal annexation wall.

In related news, the soldiers abducted a young man, identified a Fadi Samer Zakarna, from Qabatia town, south of Jenin, while walking near the al-Jalama military roadblock, northeast of the city, and took him to an unknown destination.