Palestinian Teen Dies From Serious Wounds He Suffered On May 14 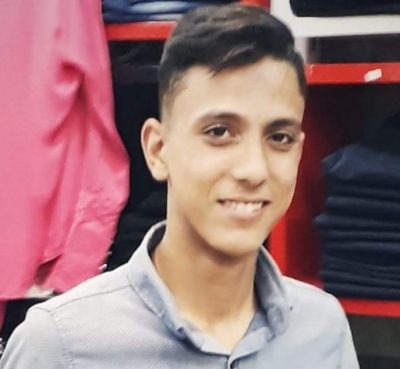 The Palestinian Health Ministry has reported, on Wednesday evening, that a teen died from serious wounds he suffered on May 14th, after Israeli soldiers shot him during the Great Return March in Gaza.

The Ministry said the teen, Mahmoud Majed Gharabli, 16, was shot by an Israeli army sniper east of Gaza city.

The teen was shot in the head and remained in a serious condition until he succumbed to his wounds on July 4th.

On the same day of his injury, the soldiers killed sixty Palestinians, and injured 2700, including 27 who suffered very serious wounds, 59 serious injuries, 735 moderate wounds, and 882 suffered light wounds. Several Palestinians died from their critical injuries days, or weeks, after the being shot.

Mohammad’s death brings the number of Palestinians, who were killed in the Gaza Strip since the beginning of the Great Return March on March 30th, to 136, including 17 children and two women, as confirmed by the Health Ministry in Gaza.

It also said that the soldiers injured 15501 Palestinians, including 7270 who were treated in field trauma stabilization units, and 8221 who were moved to hospitals.