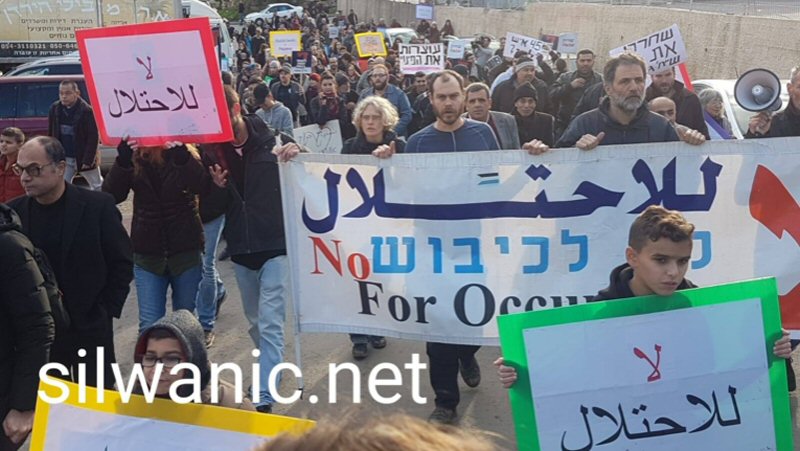 If the Israeli government evicts the Sabbagh family, it will be the fourth time the family has lost property to Israelis since 1948.

On January 18, 2019, dozens of Palestinians, international and Israeli activists demonstrated in the Sheikh Jarrah neighborhood of East Jerusalem in protest of an Israeli evacuation order targeting the Sabbagh family’s home. Israeli police attacked the demonstrators after they raised the Palestinian flag. No injuries or arrests were reported.

Israeli settler organization Nahalat Shimon claims that it is the owner of the land and has filed a lawsuit against the Sabbaggh family. According to Peace Now, the lawsuit alleges that Nahalat Shimon bought the land from two Jewish associations that both say they acquired rights to the land in the 19th century. The Sabbagh family in turn has provided Ottoman and Jordanian documents to prove their ownership.

Before 1948, the Sabbagh family lived in Jaffa, where they owned a home in addition to two other plots of land in present-day Israel. In 1948, the family fled to Jerusalem and moved to Sheikh Jarrah shortly after.

Israeli forces expelled over 750,000 Palestinians during the creation of the Israeli state in 1948, a time known to Palestinians as the Nakba, meaning “catastrophe.” The 1970 Legal and Administrative Matters Law empowers Jews to reclaim property in East Jerusalem lost before 1948, even if they have already been compensated by the Israeli government for that loss. The Absentee Property Law of 1950 bars Palestinians from filing similar claims.

Interview: The Lobby – USA’: Lessons for the Palestine Solidarity Movement