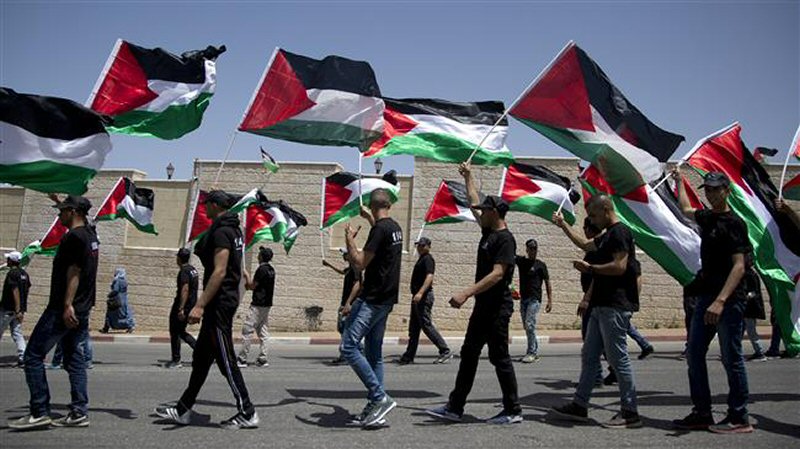 Just a day after mass Israeli bloodshed in Gaza, the Palestinians are marking the 70th anniversary of the Nakba (Catastrophe), when the Tel Aviv regime forced them out of their homeland and declared its existence on occupied territory.

Palestinians, both in the Gaza Strip and the occupied West Bank, are taking part in a general strike as they prepare for mass rallies, later in the day, to protest the creation of the Israeli entity and renew the call for a return to their homeland.

Nakba Day is commemorated on May 15th of every year, marking the day after Israel declared its existence, in 1948. That year also saw a war between Israel and a coalition of Arab states over the control of Palestine, during which some 700,000 Palestinians were driven out of their homes and hundreds of Palestinian towns and villages were destroyed.

The Israeli military remains on high alert in preparation for Tuesday’s protests, a day after its forces unleashed yet another brutal crackdown on Palestinian protesters in Gaza, killing 58 people on the spot and wounding over 2,700 others.

The Monday protests in Gaza were part of the “March of Return,” which first began on March 30, with the aim of condemning Israel’s occupation and demanding their right to return.

Most of the fatalities, it added, were caused by sniper fire.

Another Palestinian also succumbed to wounds he sustained during Monday’s rallies, bringing the death toll to 60.

Khaled Batch, head of a grassroots organizing committee for Palestinian protests, says Gazans on Nakba Day will hold a funeral for the victims, suggesting that there will be no protests at the fence which separates the coastal enclave from the Israeli-occupied lands.

Monday, which marked the bloodiest day for Palestinians since the 2014 Gaza war, also saw the official relocation of the American embassy from Tel Aviv to the occupied Jerusalem al-Quds.

The Israeli carnage in Gaza and the transfer of the US embassy prompted international condemnations, with the UN Security Council expected to convene an emergency meeting on Tuesday, to address the situation in Palestine.

See: UN Observer Calls for Probe into Israeli Crimes in Gaza as US Blocks UNSC Statement

Tensions have flared up, across the Palestinian territories, since last December, when the United States declared Jerusalem al-Quds, in the Tel Aviv-occupied West Bank, as the regime’s so-called capital, and said that the American embassy would be transferred from Tel Aviv to the holy city.

Palestinians have historically sought the city’s eastern part as the capital of their future state.

Both Washington’s allies and foes have criticized it for illegally declaring an occupied city as Israel’s “capital,” saying it would throw an already trouble-ridden region into more chaos.

05/15/18 Thousands of Palestinians March In Ramallah